November 15, 2015
If you want to visit a place other than the beach and himalaya you are left with the midlands. There isnt anything called as "midlands" in West Bengal, i just came up with name because the area I want to refer to sits in the middle. So Purulia, Bankura, Burdwan are midlands according to me.


There are various small hills, forests, water reserves in Purulia which can be a perfect weekend destinations for Bengalis. I have already been to Garpanchkot last time so this time we decided to go to Ayodhya hills. Ajodhya Hills is located in the Purulia district of the state West Bengal, India. It is a part of the Dalma Hills and extended part of Eastern Ghats range. Highest peak of Ajodhya Hills is Gorgaburu. The nearby populated town area is Bagmundi. There is a myth which is related to Ramayana, but that is not the reason why its name is Ayodhya. According to Hindu mythology, Rama and Sita had come to Ayodhya Hills and stayed during their exile. Sita was thirsty and Ram pierced an arrow through the Earth's soil crust and through that water gushed out. Sita quenched her thirst. The place is known as Sita-kunda. During the full moon day in Baisakh (Baisakh is a bengali month, which starts from mid April) every year tribal of nearby areas come and join in the game of hunting wild animals. However we didn't find any wild animals other than few foxes.

Ayodhya is around 350 kms from Kolkata which is around 7-8 hours driving time. One can go to Ayodhya using different routes, the one we took was from Asansol, where we had to take a left turn and bypas the main city. This route took us to Raghunathpur and then to Purulia town. 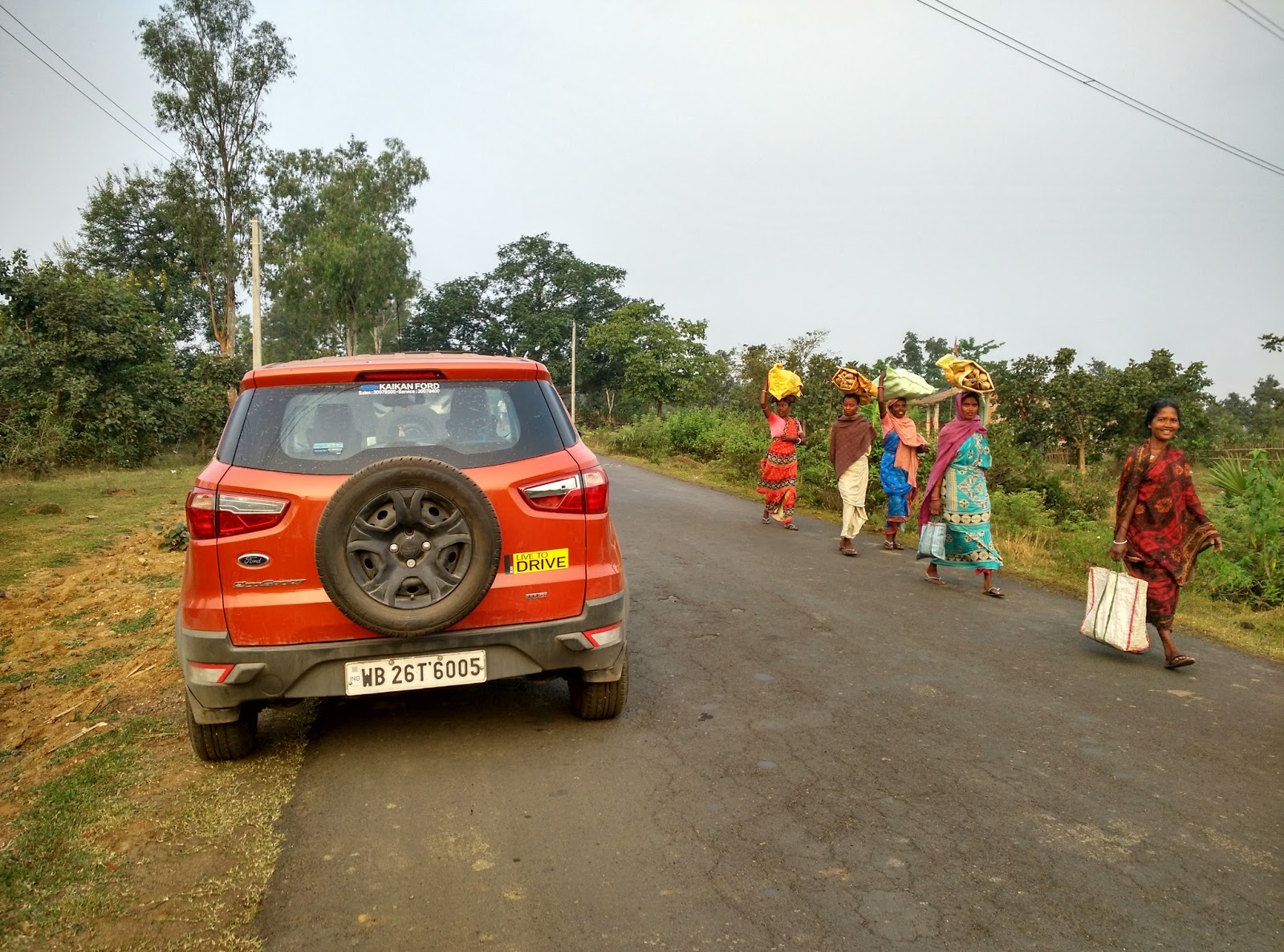 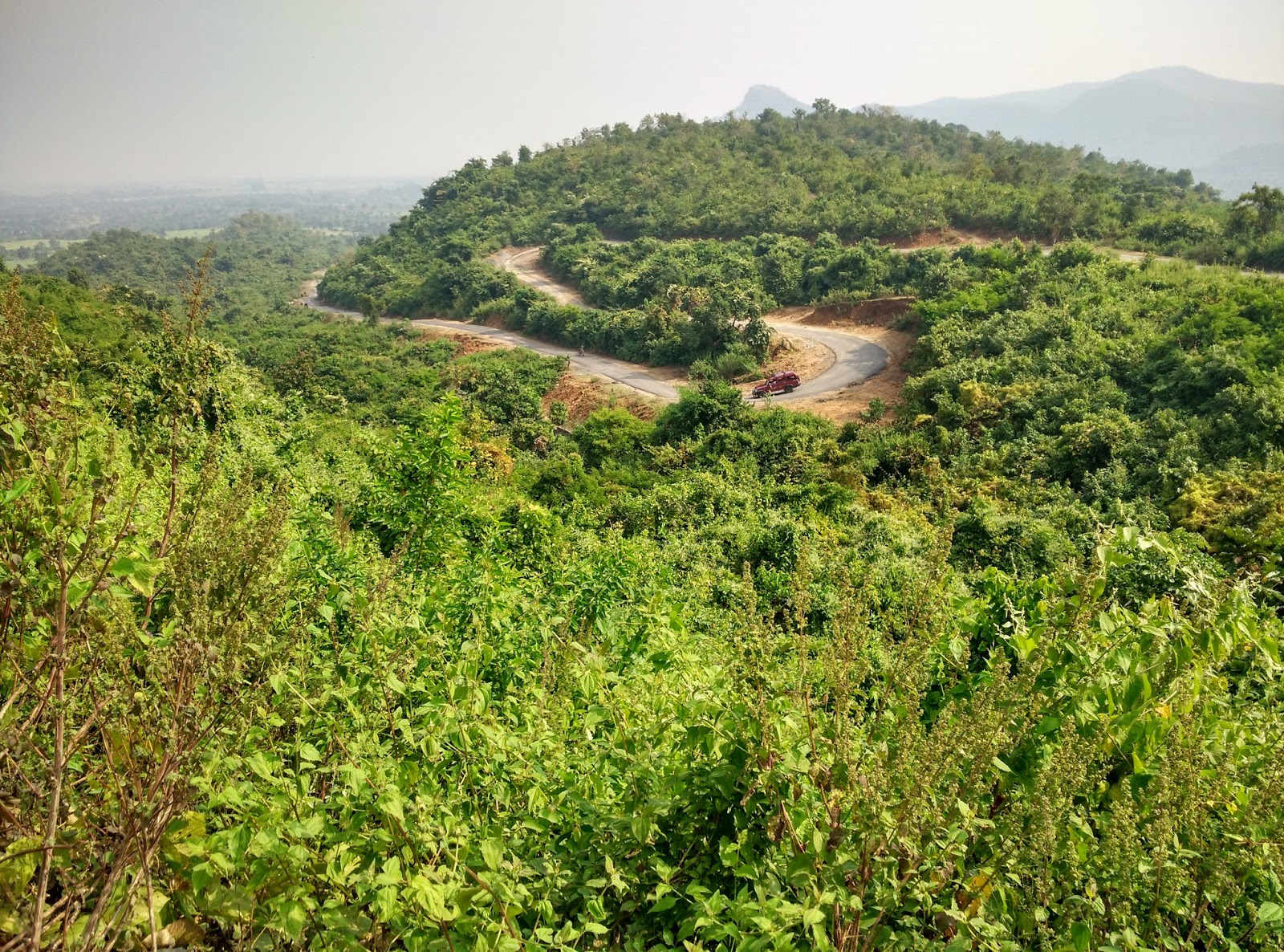 Finding a good hotel in Ayodhya is a painful task if you havent pre-booked. This place has very few hotels/hostels. We started visiting each of them and at the end we couldn't find any good one. Even the Lions club in that area had few rooms but all of them were shabby. Eventually one of the locals suggested to check Bharat Sevashram. For those who doesn't know of Bharat Sevashram please read here. We spoke to the person in charge there and he offered us 3 rooms. Rooms were clean and better than any other hotels over there. And damn cheap, only 300 per room. The only downside was there was no food available and we couldn't consume any non-veg item there in the Ashram premises. The ashram had a large compound where we parked our cars. 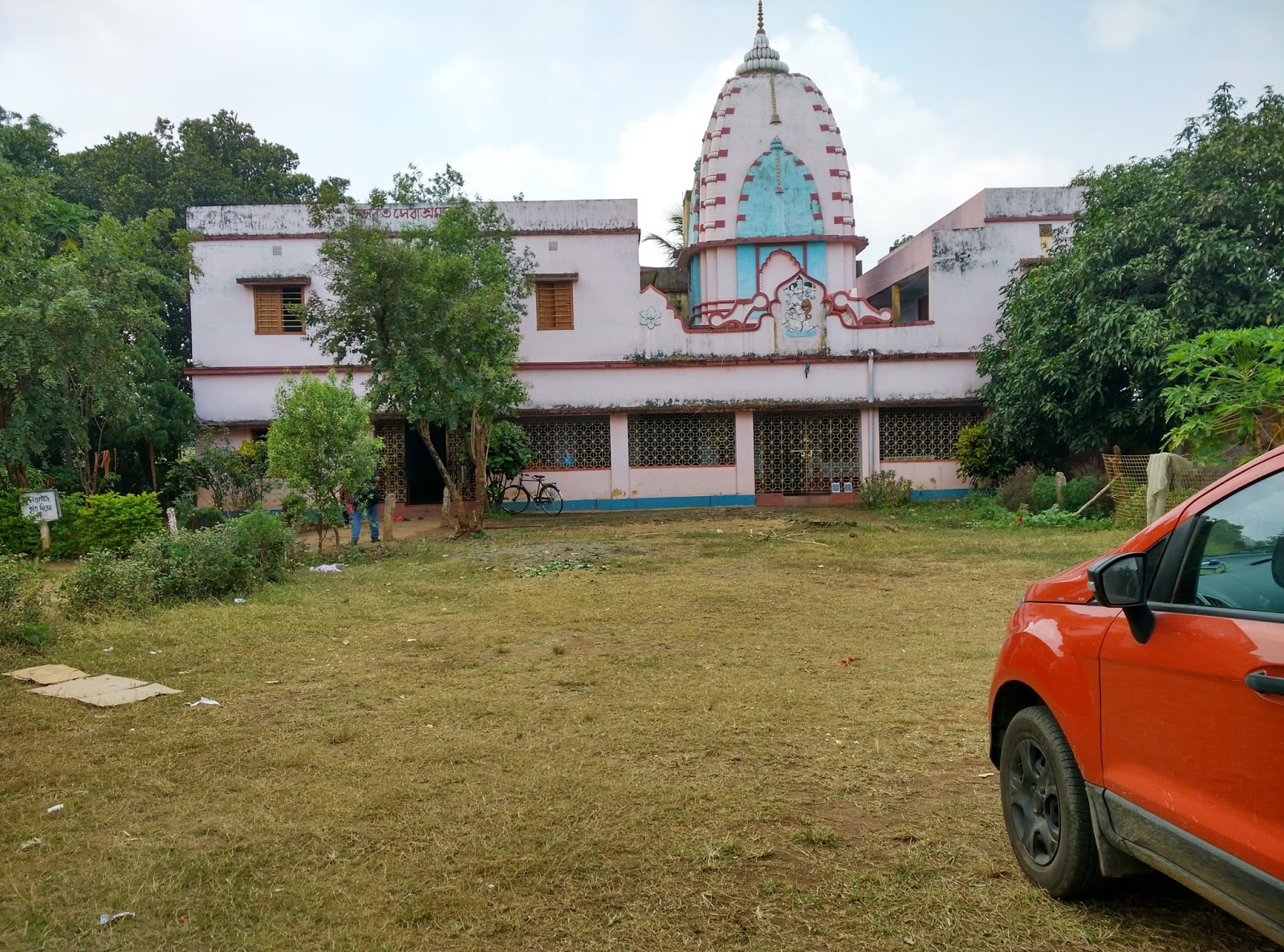 Ayodhya hills has many waterfalls, deep forests, tribal villages, water dams and wild animals. After lunch we visited Brahmi falls which is also knows as Bamni falls by the villagers. One has to get down from the road and walk 10-15 minutes downwards to see the actual fall. We also got an awesome view of the lower dam from the walk. The road towards Brahmi falls leads to Mukhosgram Village and Baghmundi Water reserve. Baghmundi water reserve is also knows as upper dam, there is actually an upper dam and a lower dam.

Mukhosgram is a name given by the locals of a specific area beside Ayodhya hills. The actual name of the village is Charida. The word "Mukhos" means masks and "gram" means village, so it is basically a village where people makes masks for decoration and "Chou Dance". Chou or Chhau dance is traditional dance in eastern India which is still practiced mostly in Purulia and few parts of Orissa. These masks were made of clay and newspaper. Local cuisine here includes desi chicken and one should definitely try them. 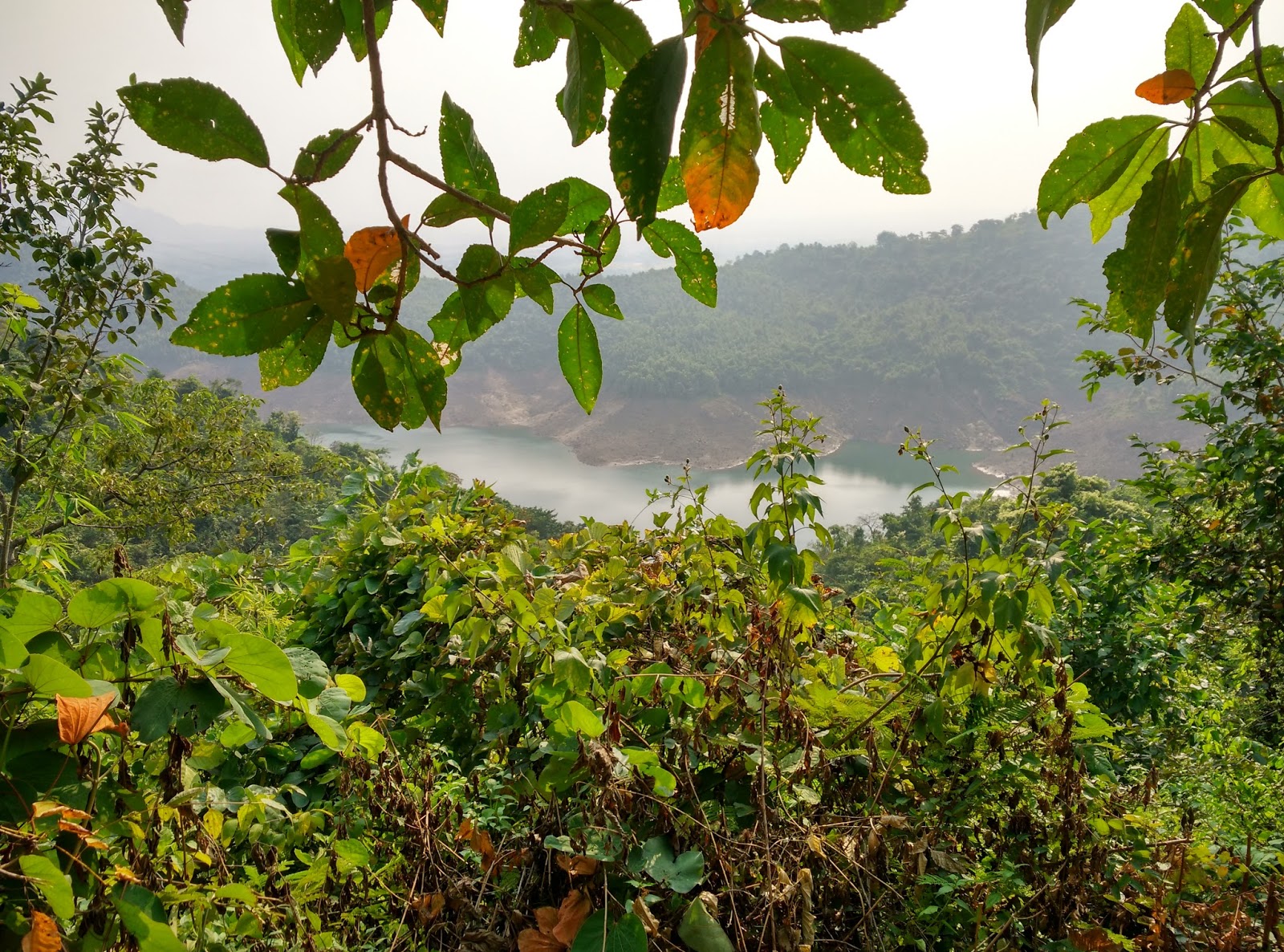 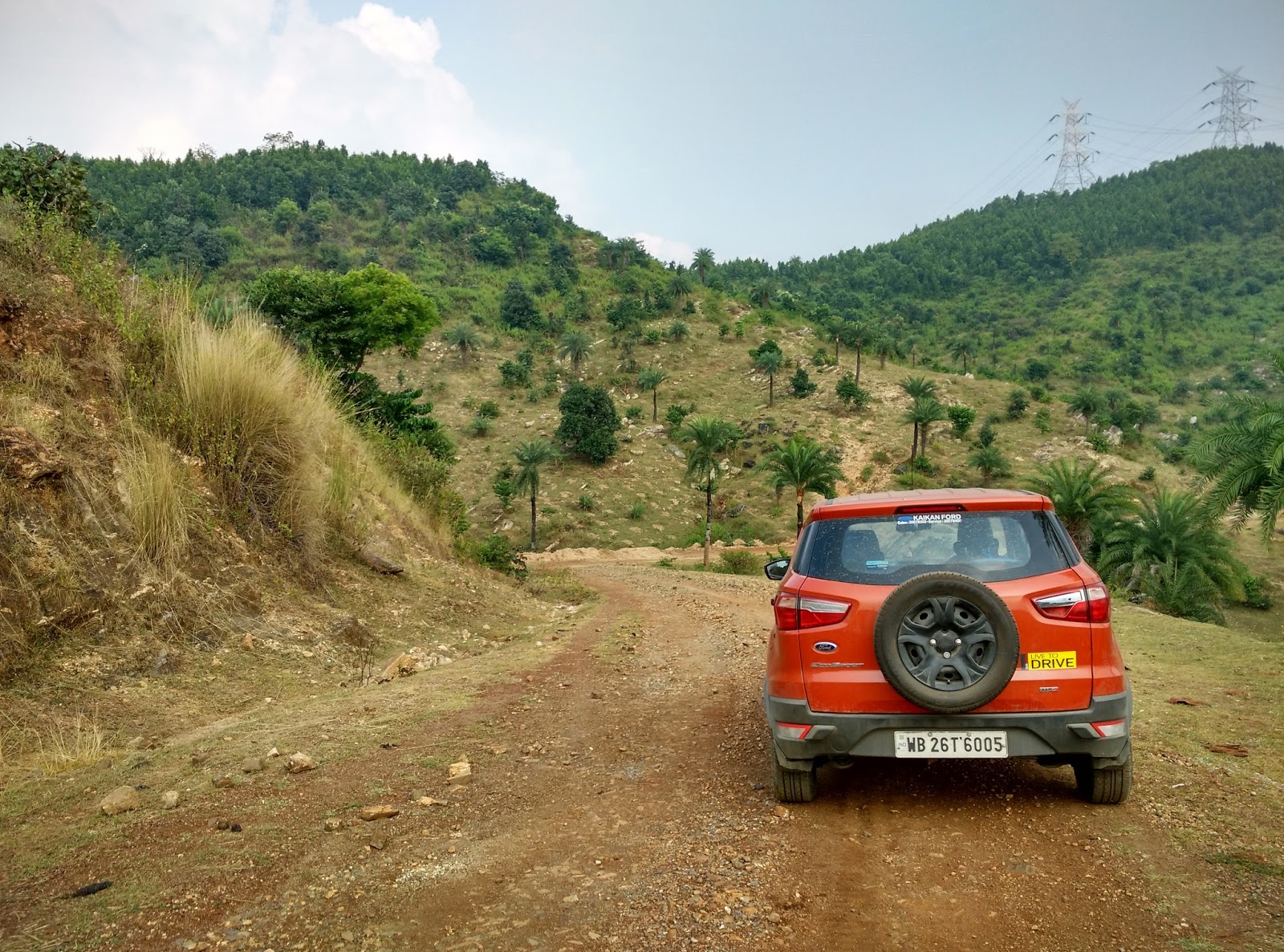 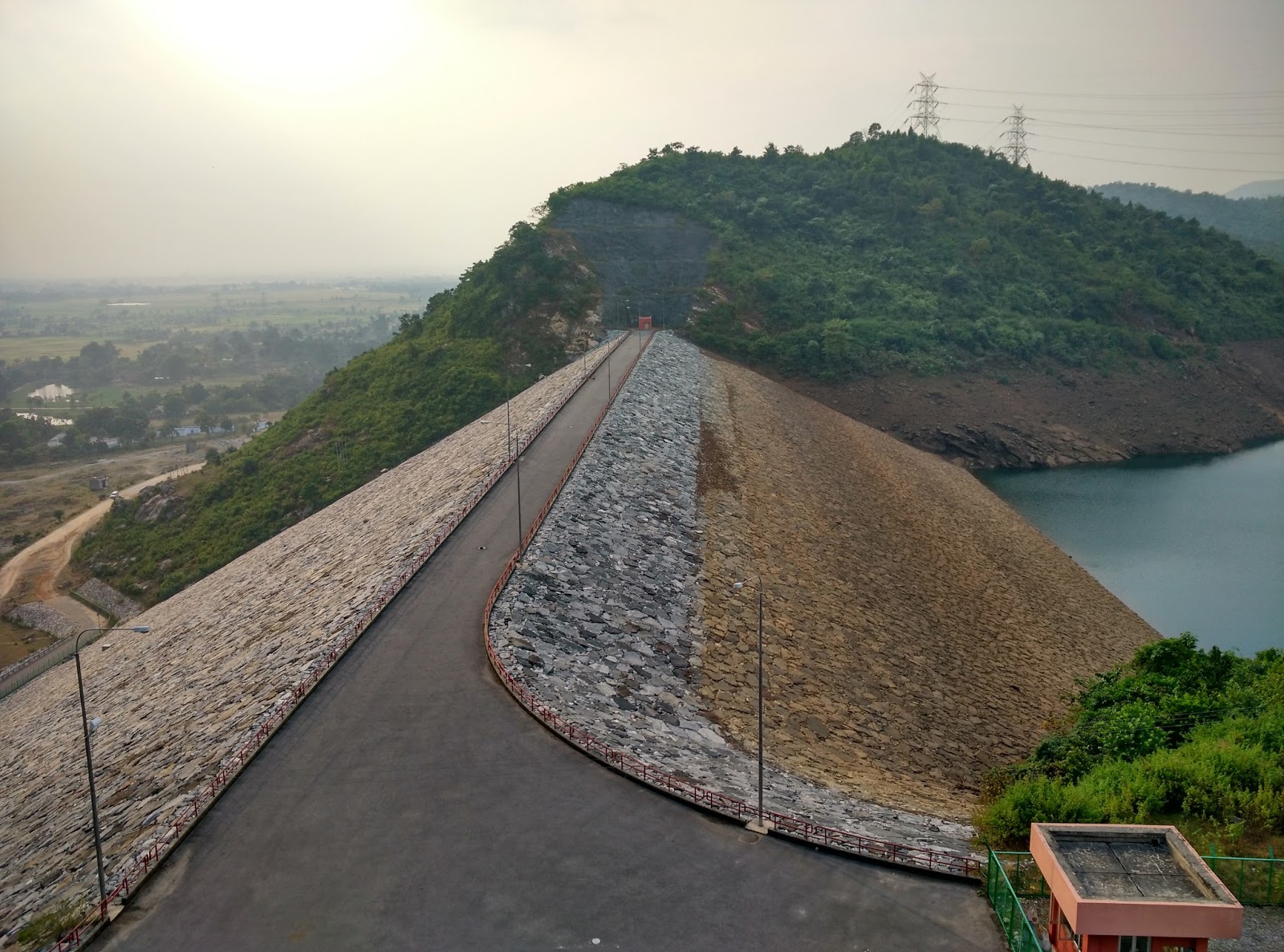 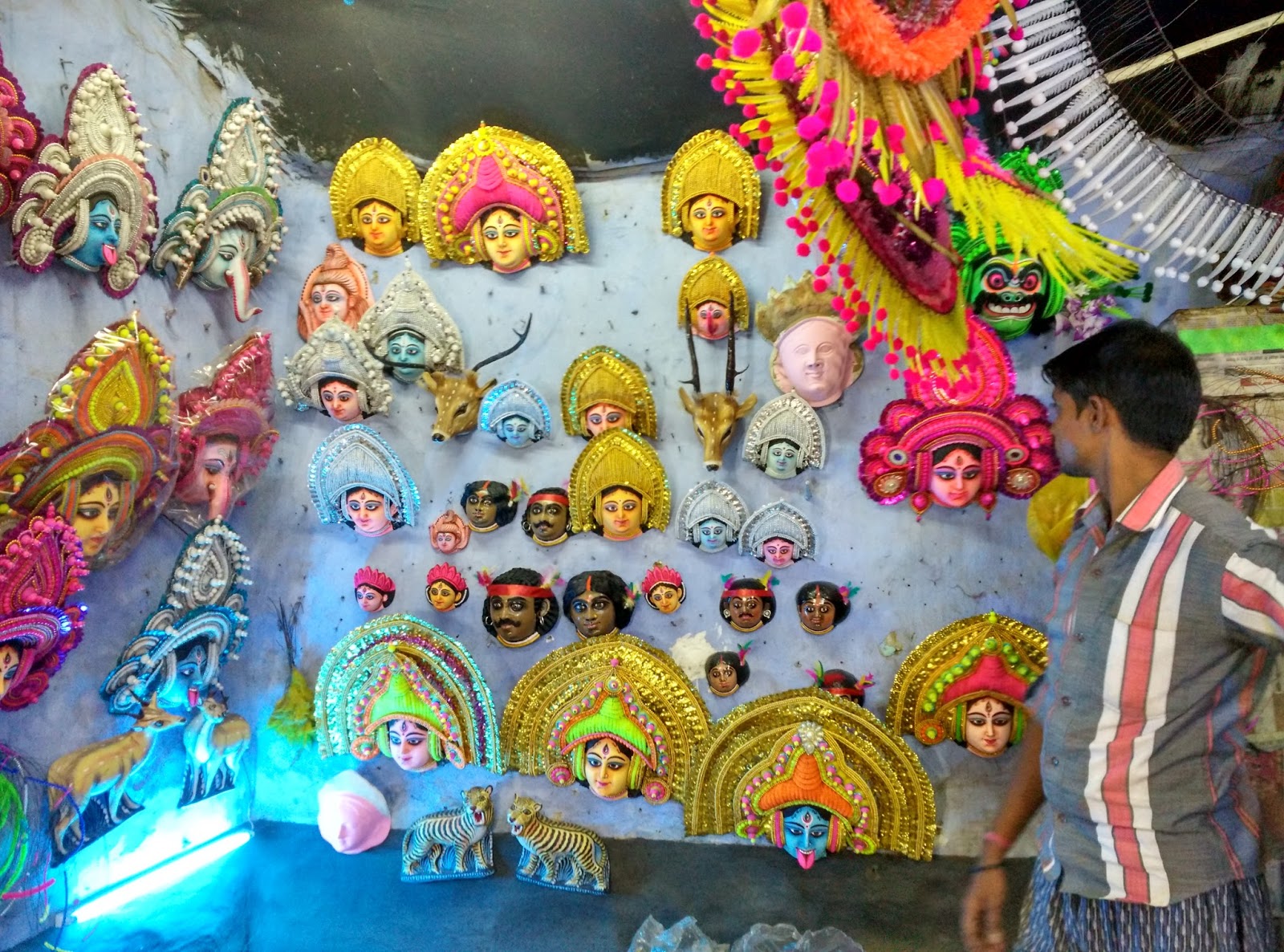 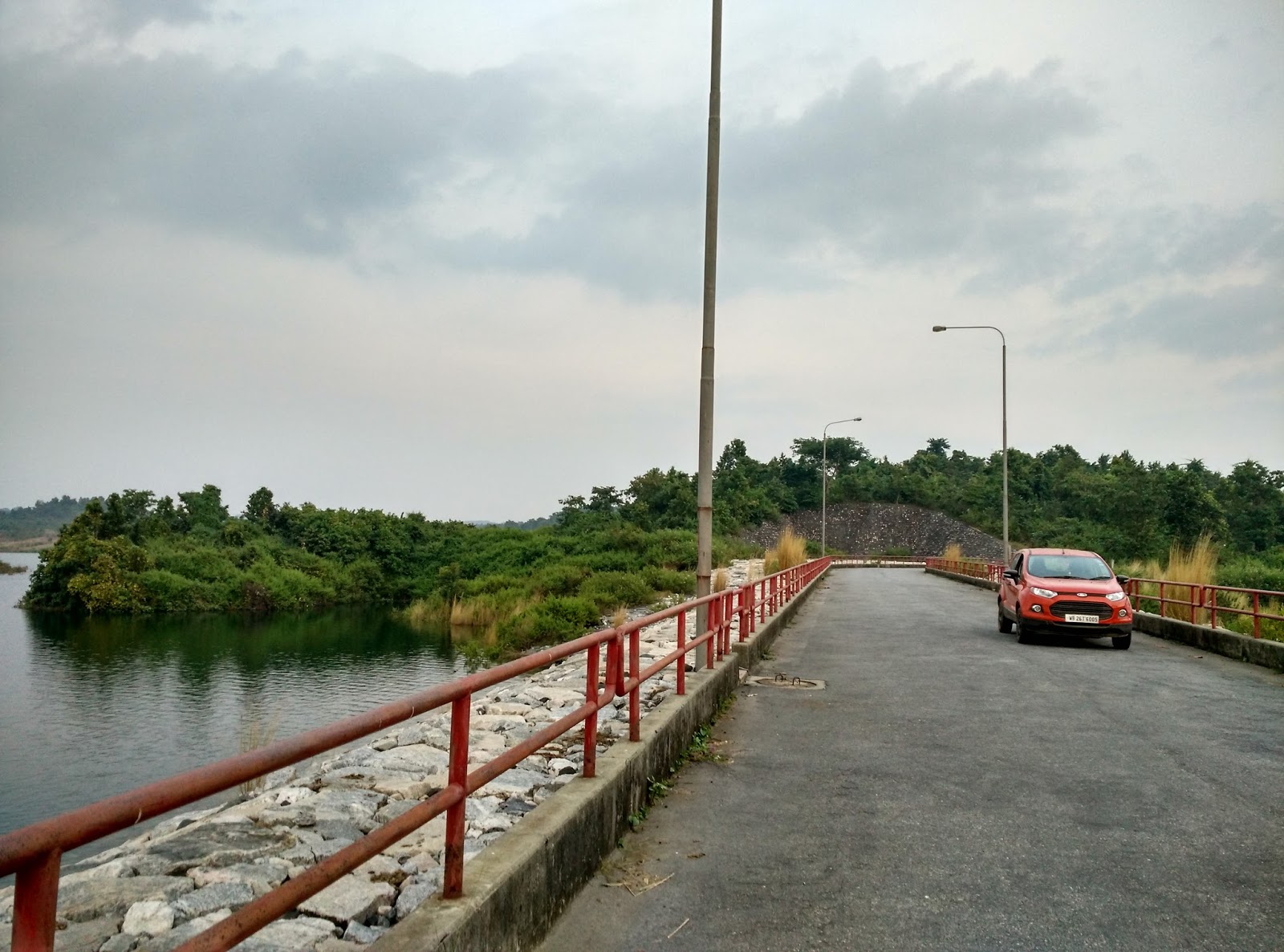 Murguma is another beautiful place near Ayodhya Pahar. Murugma Dam is famous for the scenic beauty. I guess there are few staying options in Murguma one of which is Palas Bitan Eco resort. Ayodhya is very scenic and beautiful specially during the monsoon. Every year lots of tourists come to this place. But I felt tourism here was ignored by local people and government. They should focus on building better infrastructure and public transport. Purulia is one of the few districts of West Bengal which has lots of natural beauties. My last trip to Garpanchkot and this gave me the impression that any weekend trip to Purulia is far better than South Bengal.


While returning we had our lunch at Durgapur Sher-a-Bengal restaurant at around 4pm and then non-stop back home. 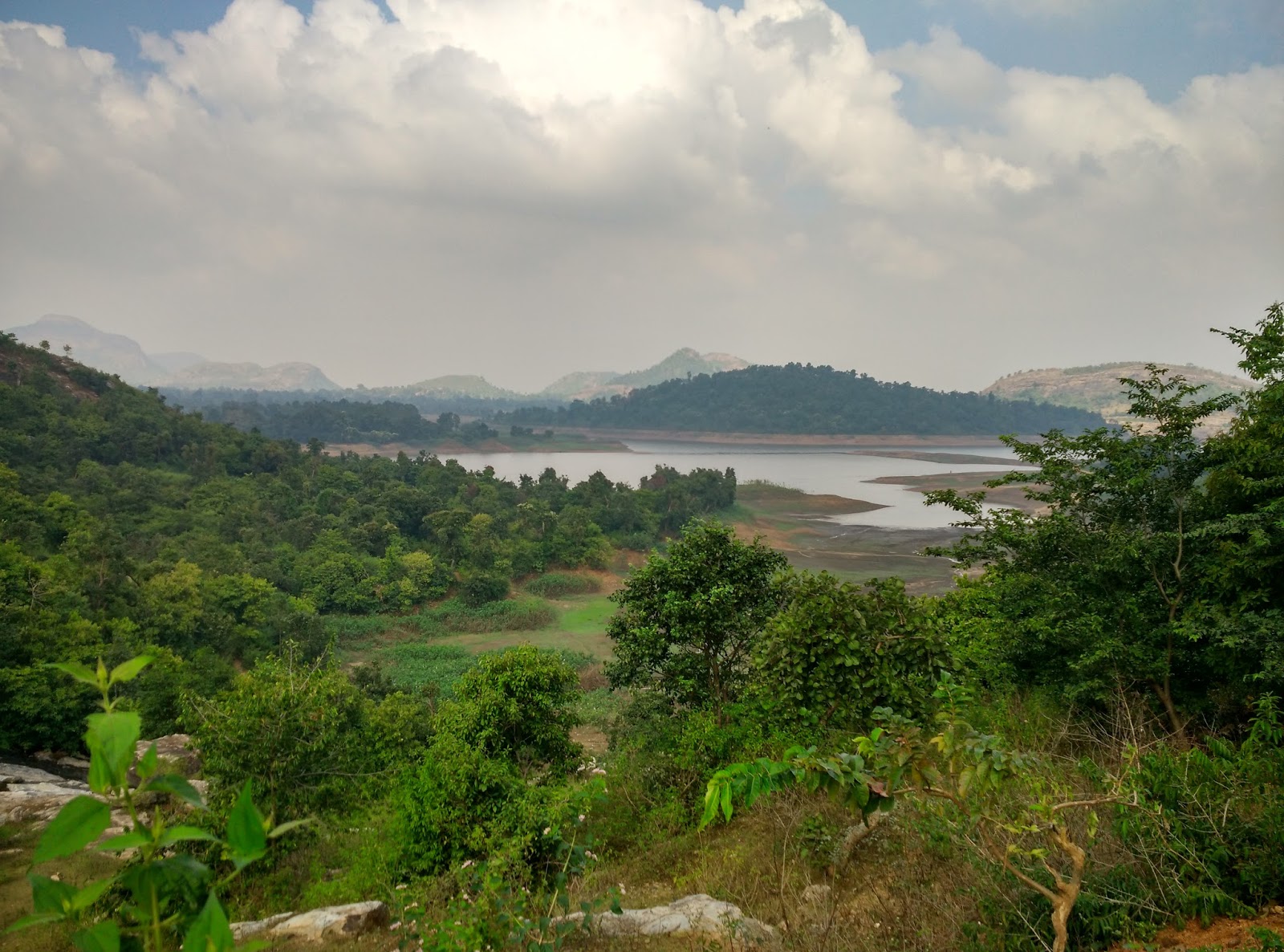 February 19, 2016
Kumaon and Garhwal are the two regions of the mountainous state Uttarakhand. The first thing that comes to our mind when we say Kumaon is Nainital. Nainital is one of the most visited hill station in India. However other than Nainital there are several other "Tals" (which means Lake), beautiful hamlets and forests in this region. We started planning from Nov '15 when 2 of my school friends showed interest. We planned to stay in 7 different location, visit as many as we could and hoped to see some snowfall in Munsyari. Kumaon region is famous for outer Himalaya peaks and Panchachuli peaks. These peaks can be seen from places like Kausani, Almora, Chaurkori, Munsyari. After reading many travelogues in Team-bhp and going through road updates and weather updates the plan was finalized. There were lots of places we could visit, but we had only 8 days . Luckily GoIbibo was giving huge discounts on hotels which helped us reduce the overall trip budget. All the hotels were
10 comments
Read more

October 08, 2015
Prologue - Elessaar is the name of the car I own now, i.e. Ford Ecosport. I bought it 2 months back. Odo was around 3200km + before the trip. I bought the EcoSport with the sole purpose of touring. The first destination which we planned to do in our new car was Zuluk. I called up a fellow Team-bhp member Sumitro, who was also interested in this long weekend drive. There was a holiday on 2nd October, which was a friday. Using this holiday we planned a 4 day road trip. The place and other plans was Sumitro's idea. Sumitro had a friend, Norden Bhutia who lived at a place near Padamchen. We planned to do camping on a hilltop which Norden and his family owned for 2 days. They also has their own house before hill top, and in case anyone of us isn't interested for camping he/she could stay at their place.
9 comments
Read more