September 05, 2018
Why would someone go to the same place again and again ? Is it too much love for the place or is it the less options available ? Whatever it is the reason must be good. For me its the place itself. I dont love or hate any place too much, what I do is admire. I admire Sikkim not because this is the closest mountain from my home, and I have been there too many time, but because it is really beautiful. Those winding roads, those green trees and tea garden along the way are too beautiful to put down in words. Sikkim is not only a weekend gateway for me, this place gives me an opportunity to be close to nature.

This time I went there with friends who didnt visit Zuluk before. The plan was to start on Thursday night, take a leave on Friday, stay in the hills for 2 days and come back home on Sunday. We took the same route like other trips. The road condition to Siliguri has improved over past few years. I remember the first time I took my EcoSport to Sikkim in 2015 it took us 17 hours to reach Siliguri. The road was so bad that even a Volvo bus was having a difficult time to maneuver. Now the road is so smooth that a sedan can reach Siliguri in 10-12 hours.

We reached Rongli around 11am (we started at 9pm from Dankuni). Took us an hour to get the permits for the car and the passenger from Rongli police station. Note that permit for Zuluk is now given from Rongli Police station, not from SDPO office. After getting the permits I met Dilip Pradhan, the man who helps us to book homestays in this area. He has several homestays in Zuluk, Rongli, Kalimpong and other places and he is quite a helpful person. I have stayed in his homestays before and spoke over phone multiple times but never met him

There are not many homestays in Zuluk unlike big tows or cities. We had to walk 300 mtrs downhil from the road to reach our homestay in Zuluk. That only homestay in that area, see the second picture below and you will get an idea. We contacted the owner on the way and asked them to prepare our food. And by the time we reached everything was ready. 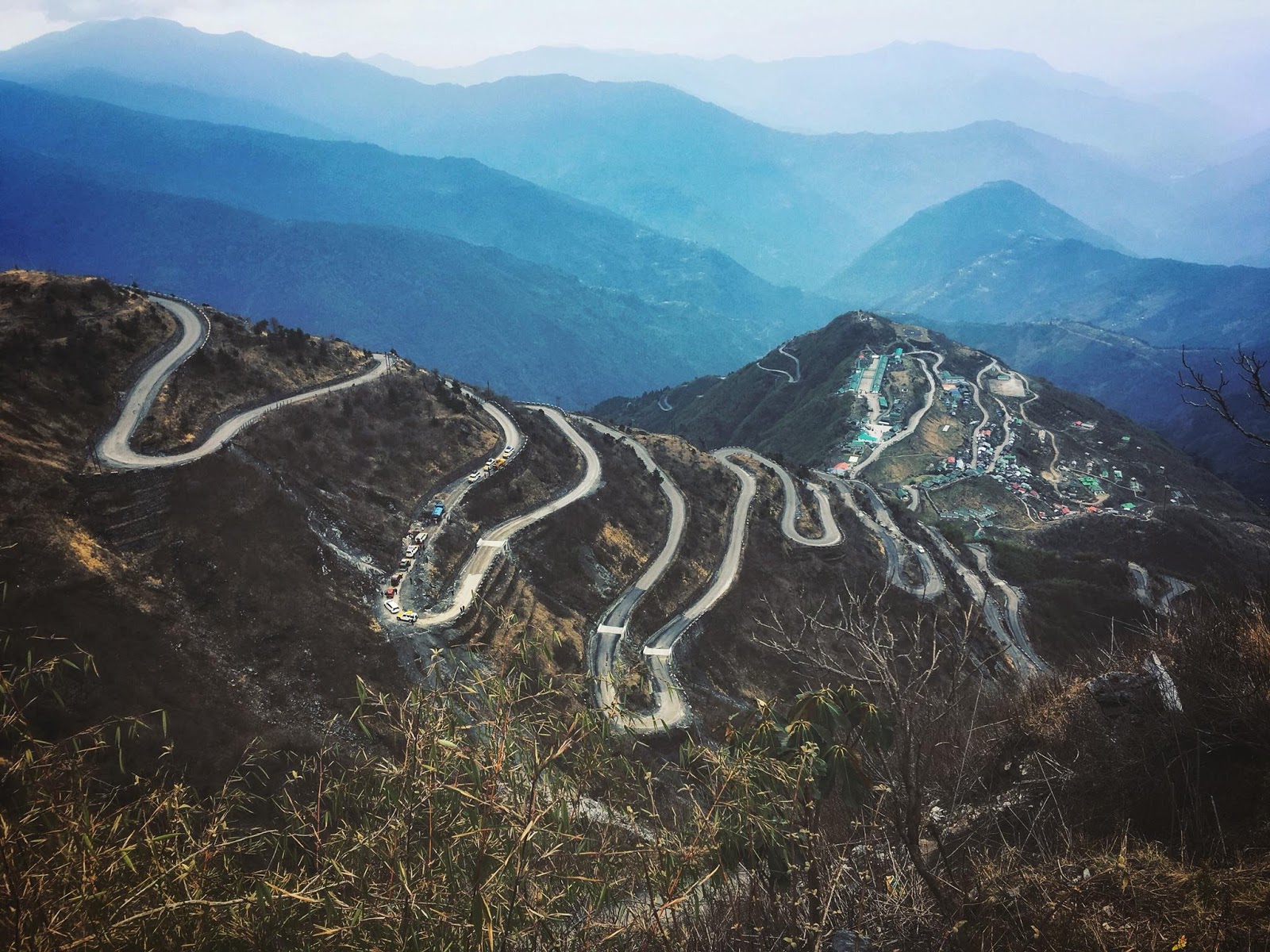 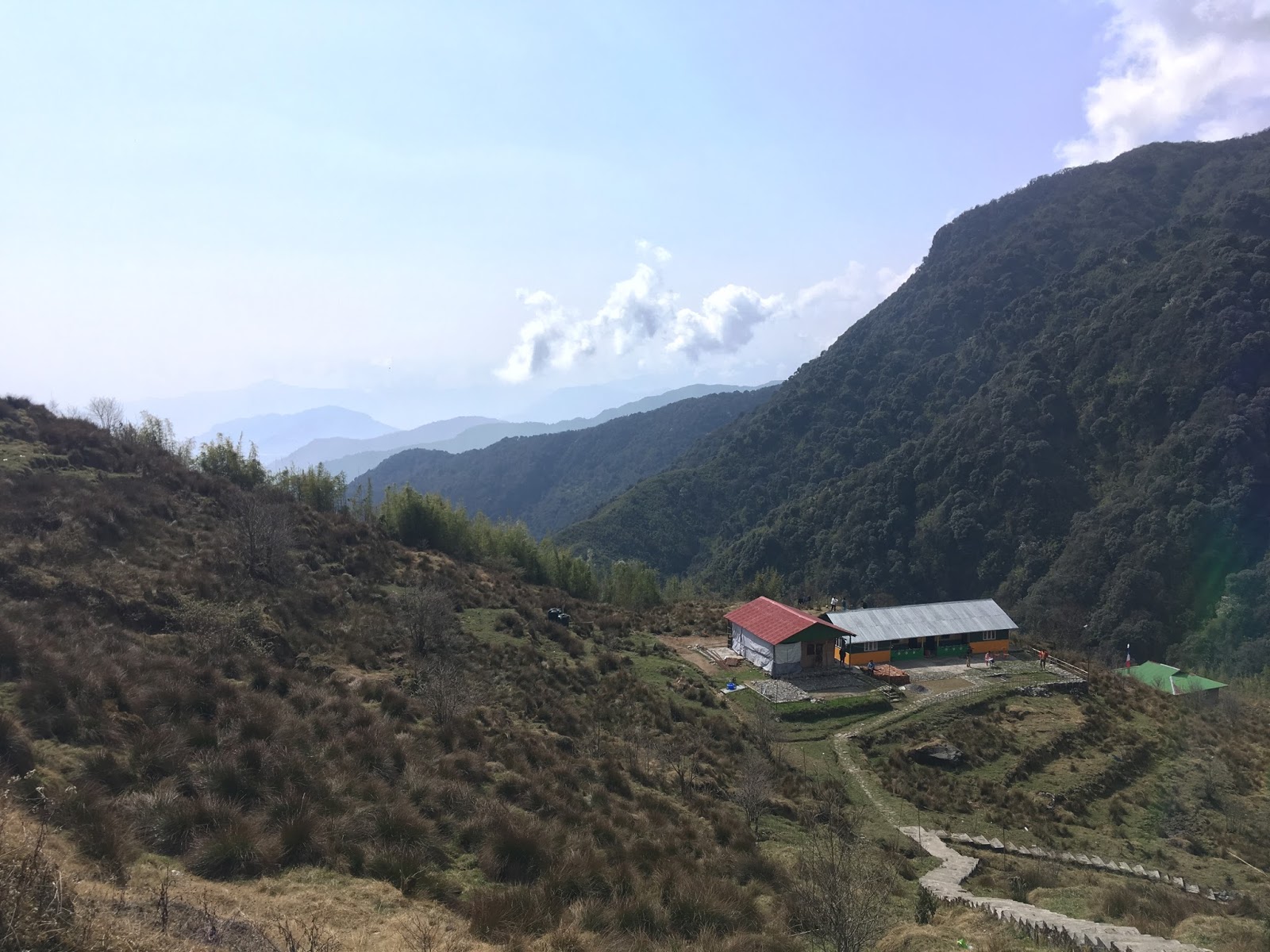 There isnt much to do after the sun is down. It was terribly cold outside. Usually people asks to avoid room heaters at this height due to less oxygen, but I felt its better to die in a warm room than in a cold room. 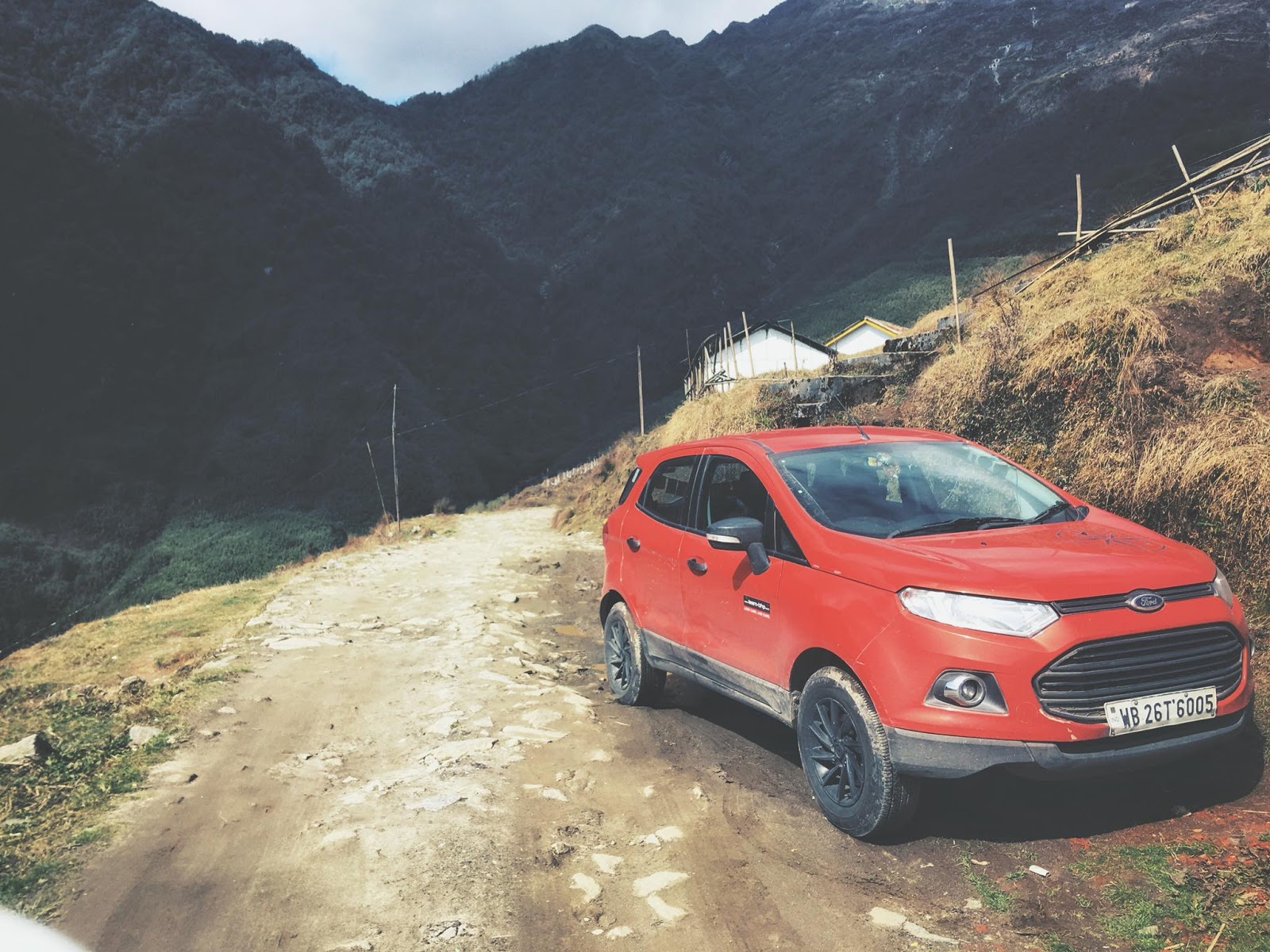 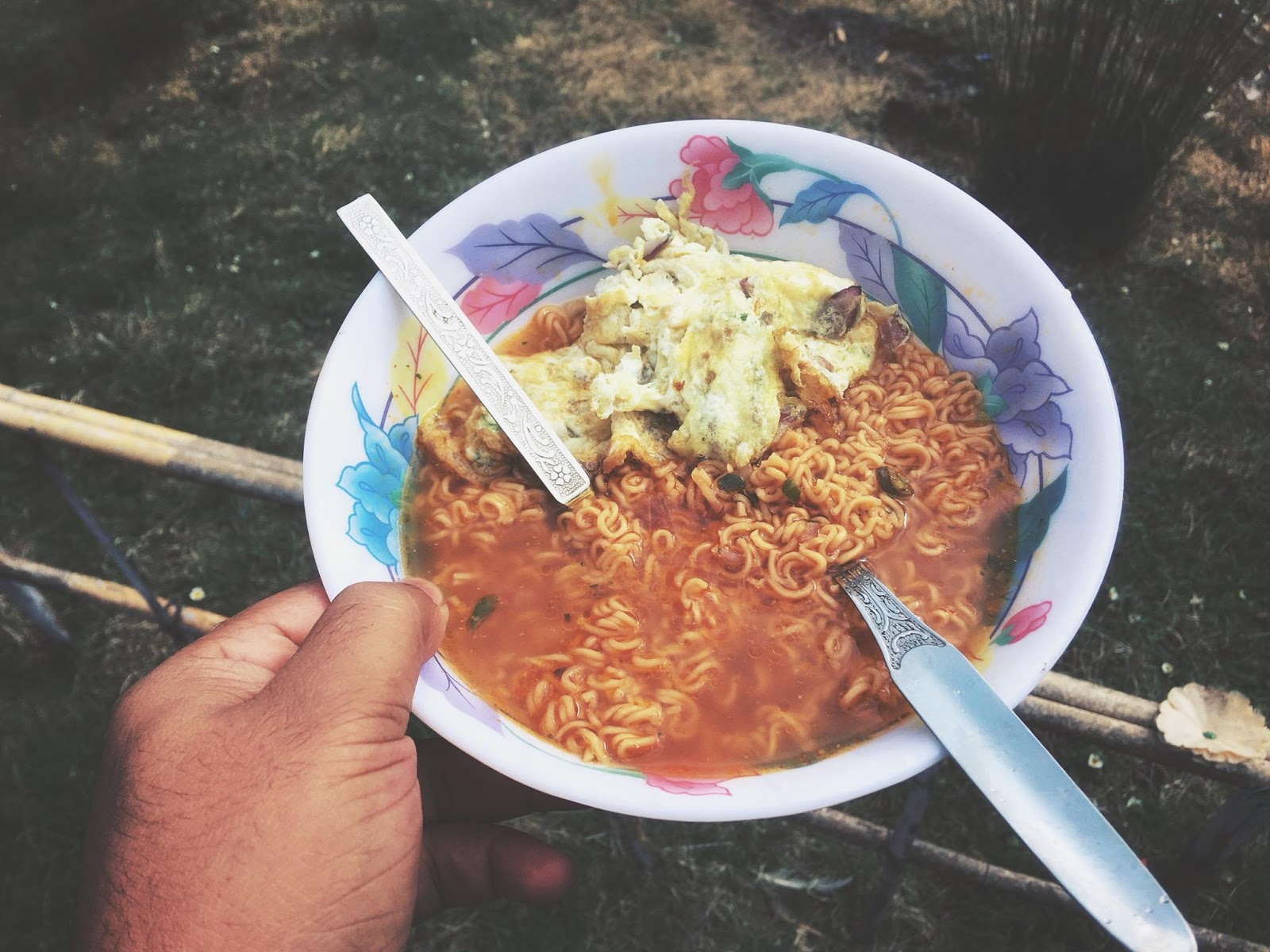 The owner was saying if we were lucky we might see some snow near Gnathang. With lots of hope we started early after having breakfast. It started when we were near Thambi viewpoint. At first we thought it was hail due to the size and shape of it. But as we moved towards Gnathang it increased. And when we were at Elephant Lake it was snowing cats ad dogs. Fortunately we could get a clear view of the zig-zag road of Zuluk before it all started. 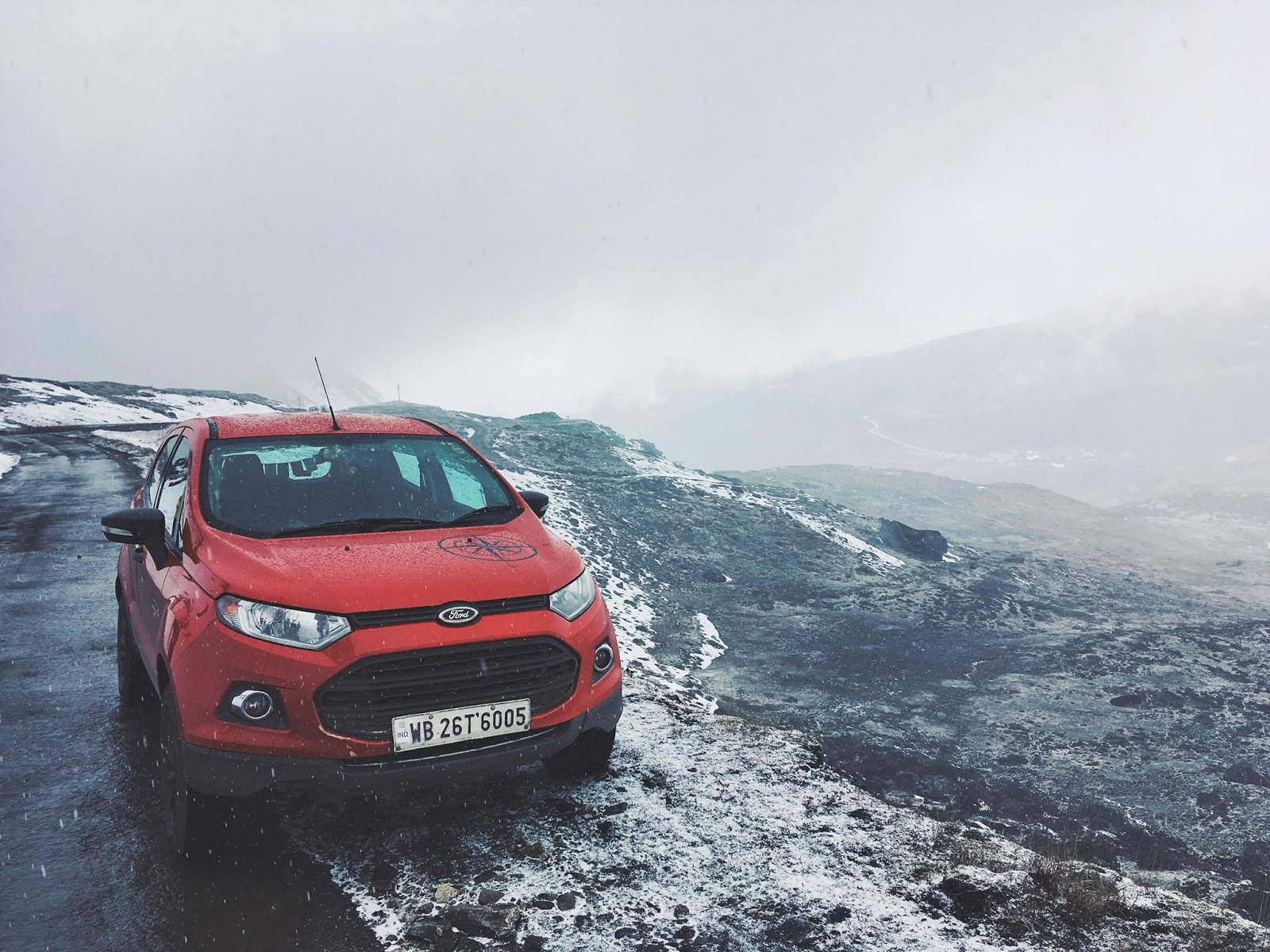 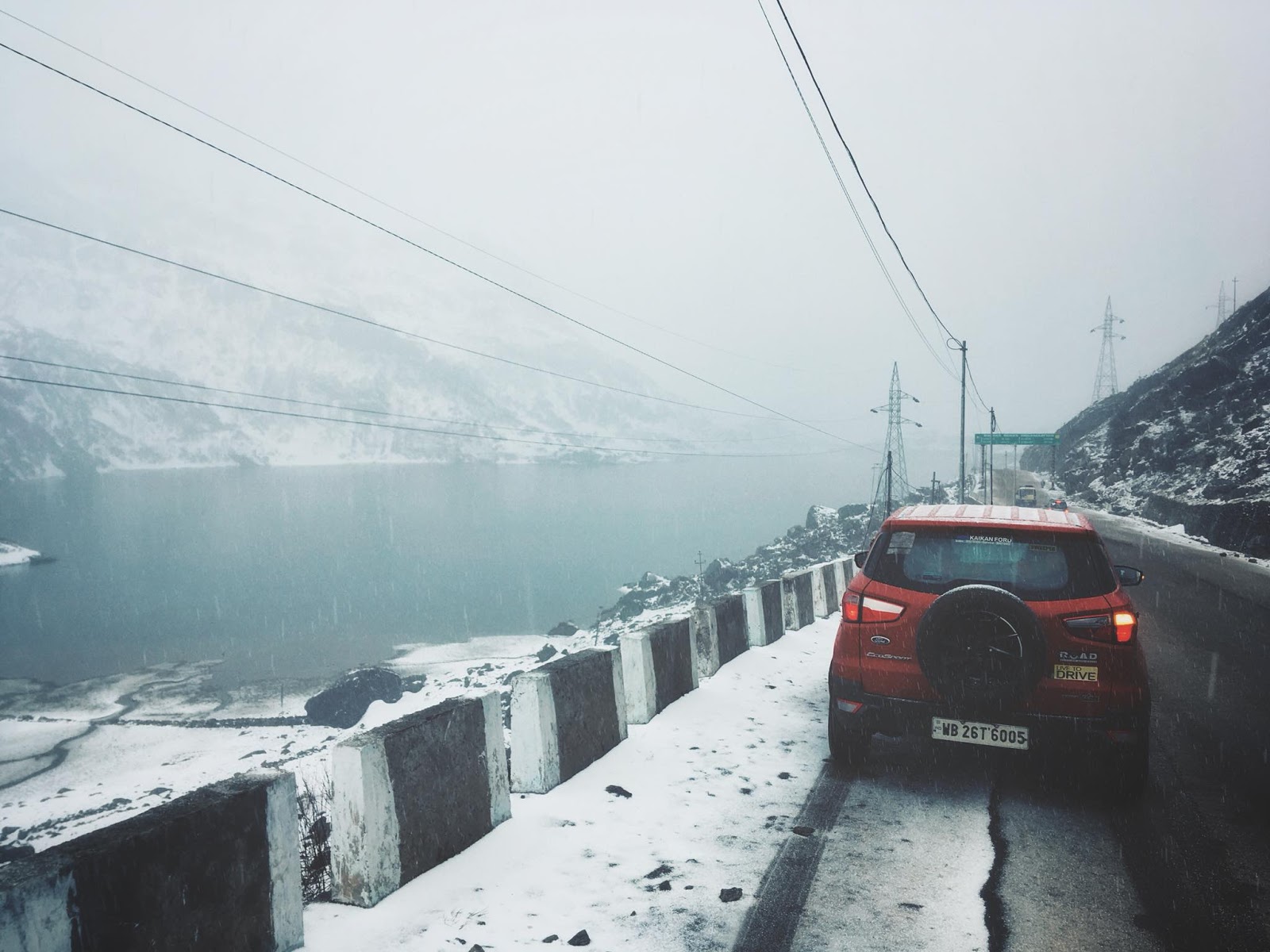 We had our permits till Gangtok and had our hotel booked too. On the way many drivers were advising not to go to Gangtok via Nathula as the road was closed due to snow and the Indian army havent cleared them yet. Near Kupup we showed our permit and asked if we could go to Gangtok. We were advised to drive carefully and at any point of time if we thought it was risky we should come back. However nothing as such happened and all credit goes to Indian army. They did clear the snow. The entire stretched snowed. When we reached Tsongo Lake it was all white. 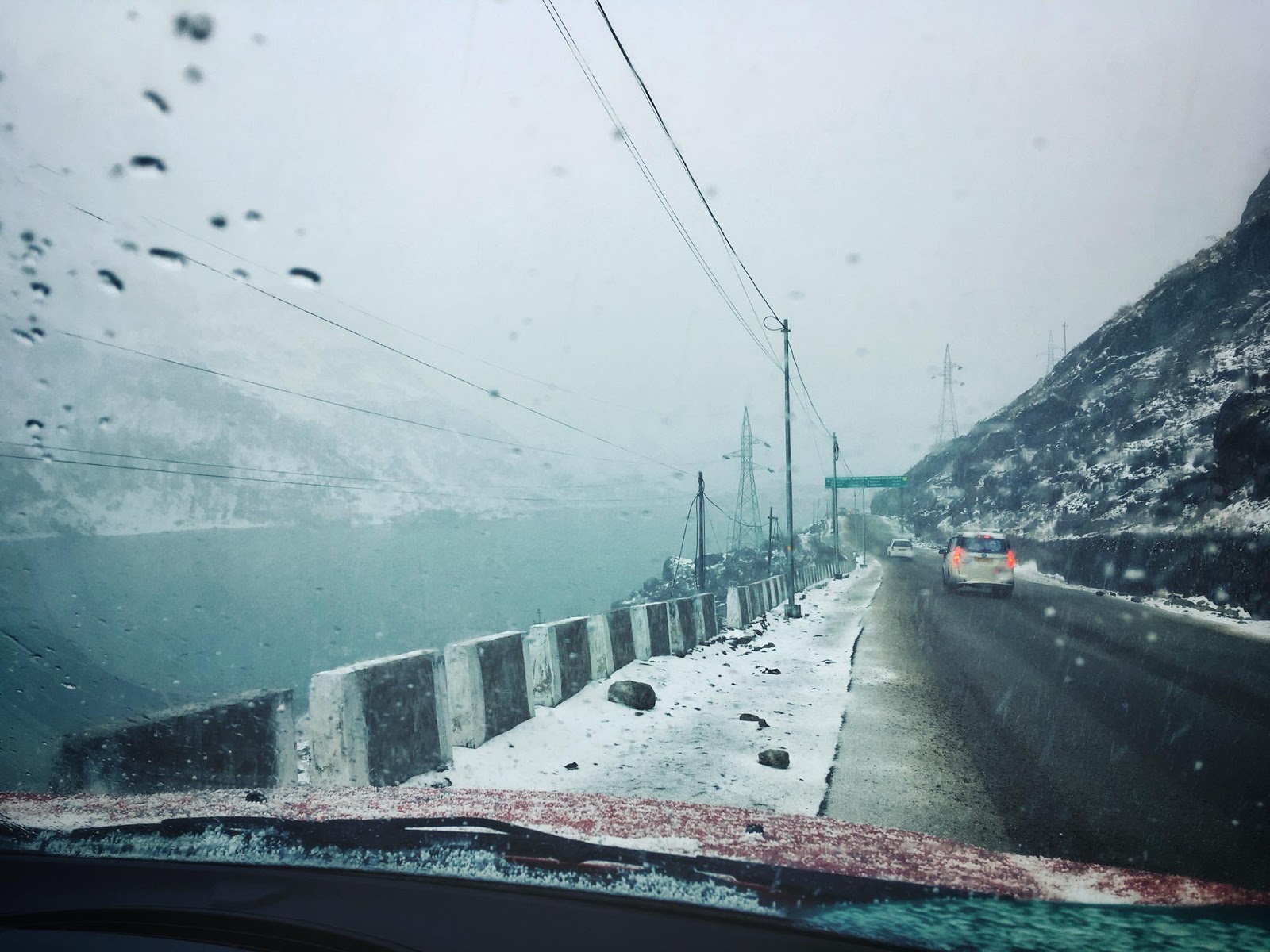 This was a awkward time to snow. It usually doesnt snow in April. This incident has attracted thousands of tourists to Gangtok and East Sikkim. As a result there was a traffic jam near Tsongo Lake. I even met few of my colleagues there. Due to the rush in tourist our hotel booking was cancelled in Gangtok. We had our lunch outside Gangtok and then we decided to drive back to Siliguri. Gangtok was overly crowded that day and as the next day we were supposed to return Siliguri seemed to be a better locations. We booked our hotel through booking.com and reached Siliguri by 10pm.