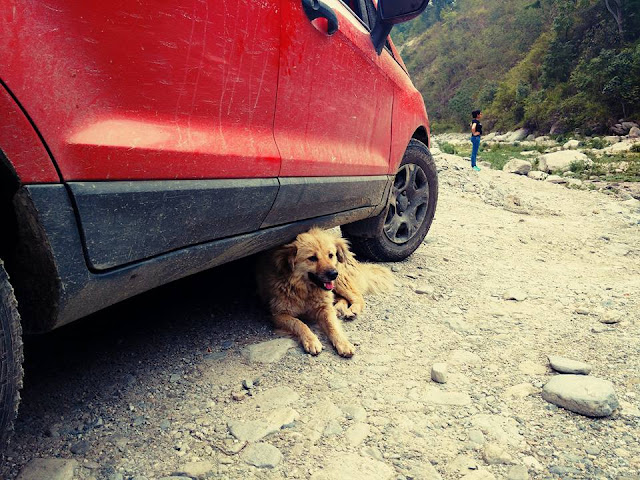 The closest friends I have are from college. We know each other for almost 10 years now yet we didnt go out much on road trips or any kind of trips. Our last weekend holiday to Henry island which is 150kms from Kolkata was in november. We had a lot of fun there and like any other groups we started planning for our next trip.

Though 6 month or more have passed and nothing happened. Suddenly a need of a trip arrived when I was in the UK. This time they required more than a weekend trip. As usual a whatsapp group was formed for planning and people started pouring ideas. Ideas about where to go, when to go, how to go and for how long. Strange thing about planing is the joy and fun. I feel planning is 50% fun of the entire trip. However I was not active this time because I wasnt sure if I would be able to make it or not.

Finally after months of discussion the date was fixed. I came back to India on 28th May and 3rd June was the proposed journey start date. Others have booked their train tickets whereas I have planned to make it a roadtrip. 3rd June was friday and my wife couldnt take leave on that day, hence we planned to start at night.

This was the first time I was going to Siliguri alone. Hence the route was very important. I spoke to many Bhpian to get an update of all possible routes to Siliguri. And after discussing with them taking the entire NH34 seems to be less risky. The condition of NH34 has improved a lot from last October. I was only worried about where to take stops because we were alone.

Day 0-1 - We started at 7 pm from Rajarhat. The idea was to stop as less as possible throughout the night. We stopped once at Krishnanagar to get some food. After that we didnt stop till Islampur. We changed our seats and my wife drove for sometime after Baharampur till Farakka. The car was refilled at Islampur.

The other team started at 12am from Sealdah station. Their train was quite late and by the time I have reached Siliguri they were 2 hours late. So we decided to head towards Ramdhura. One the way we had out breakfast at Teesta Bazar. Everytime we are here we stop at Teesta bazar for breakfast. You will get good momos here. As Ramdhura was only 3 hours drive from Siliguri I was driving slowly. If you are driving then once you reach Kalmpong you might have to ask for direction to Delo Pahar, because most of the people werent aware of any place called Ramdhura. 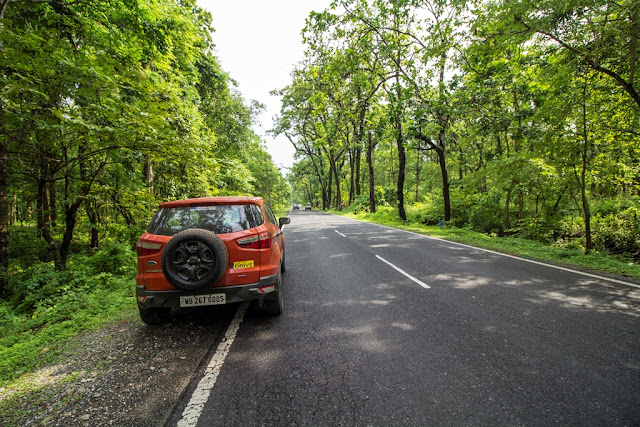 We stopped once for breakfast at Teesta Bazar and then headed towards Ramdhura. We reached Ramdhura at around 12pm.

Our homestay was booked in prior. As we arrived Ramdhura the homestay owner came to greet us. He took us to another homestay as there were a large group coming to Ramdhura and the other home stays werent so large. The new homestay was only five minutes walk but was on a much better location. This homestay was run by a young lady and her family. The name of the homestay was Jojolapha. 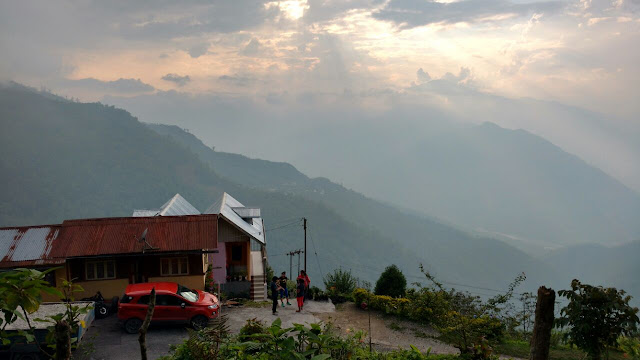 My friends had only reached Siliguri by that time. It would take another 3 hours for them to reach Ramdhura. So I decided to roam around and utilize this 3 hours. The nearest place which I didnt visit before was Sillery gaon. So we headed towards Sillery gaon. On asking few locals the route to Sillery Gaon they said that my car wont go there as the roads are broken and only high GC SUV can go there. Well this made me more eager to go there. 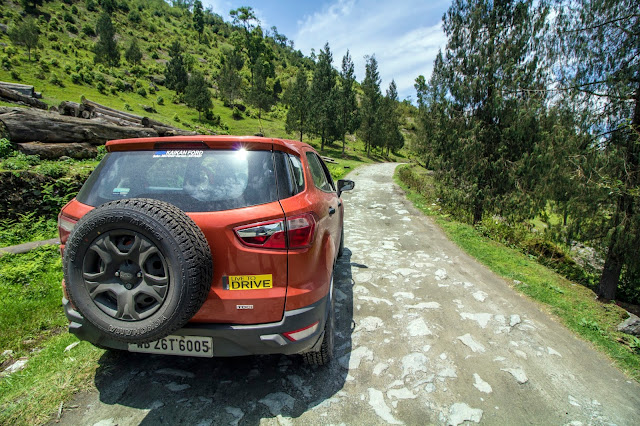 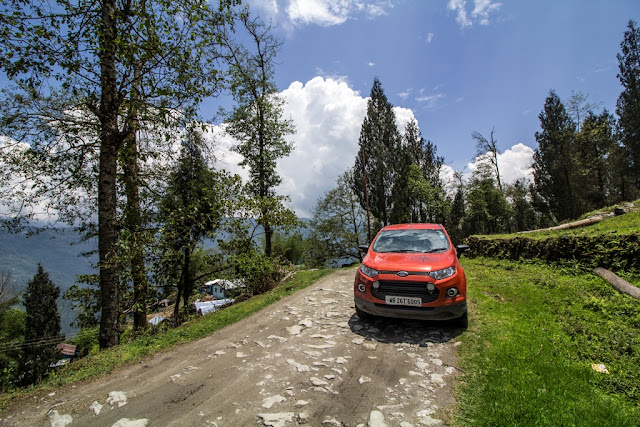 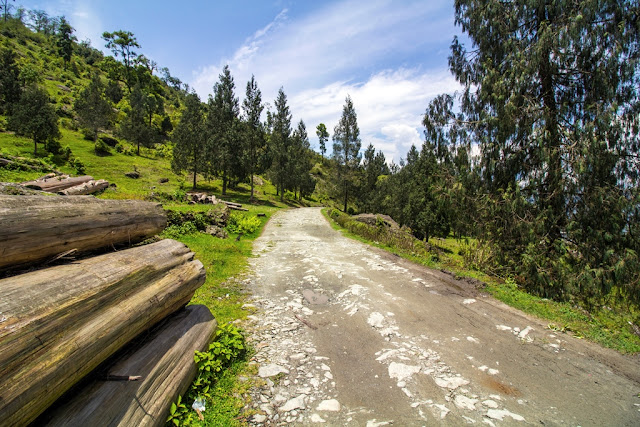 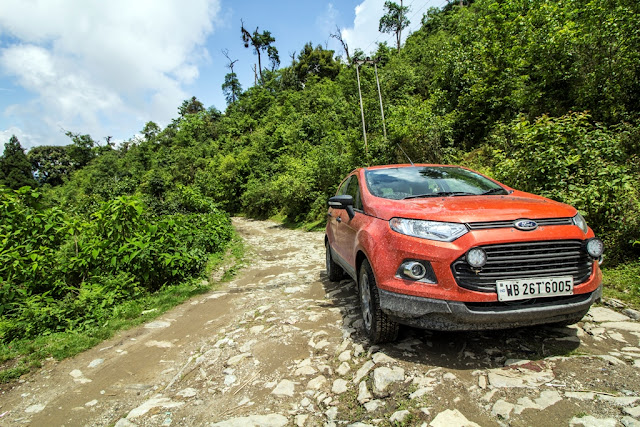 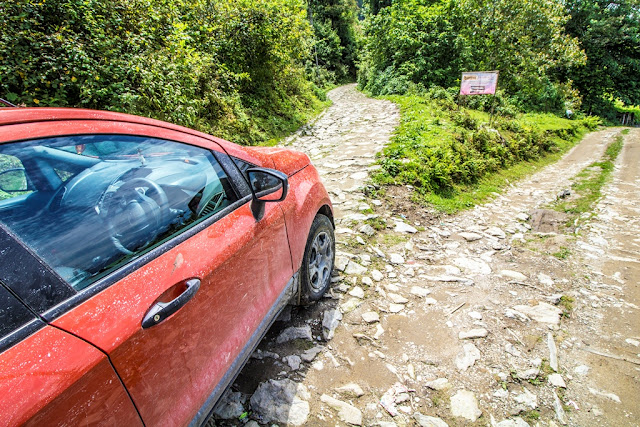 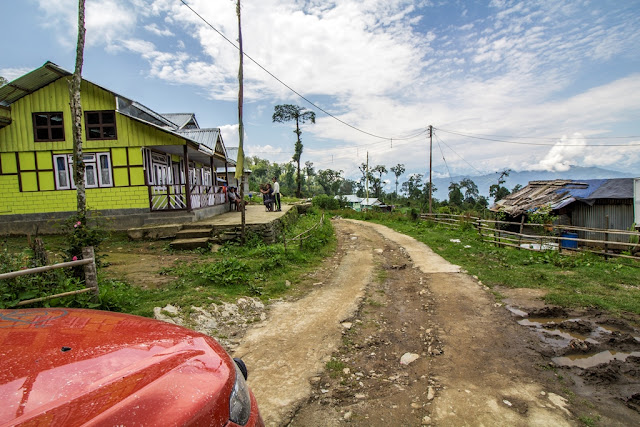 The road towards Sillery Gaon wasnt that bad. Though it was a rough one and had slush but it shouldnt be any problem for any high gc car.

We came back to our homestay around 2pm. We were dead hungry but our friends didnt reach even then. As soon as they reached Ramdhura we ran towards kitchen. 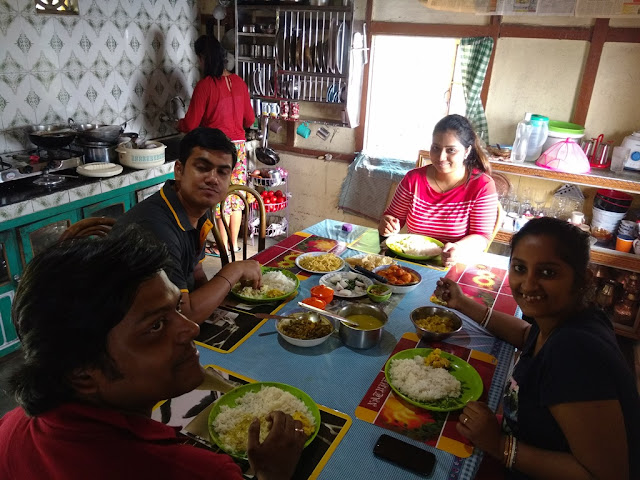 The young owner cooked us brilliant food. She offered Rice, Dal, Sabji, Egg Curry and some other items I didnt recognize. It took us only few minutes to finish everything.


After having our food we went to our rooms. The rooms were clean and big. We were the only visitor on that day. 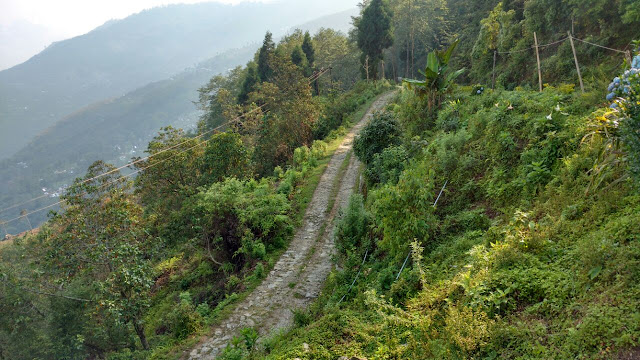 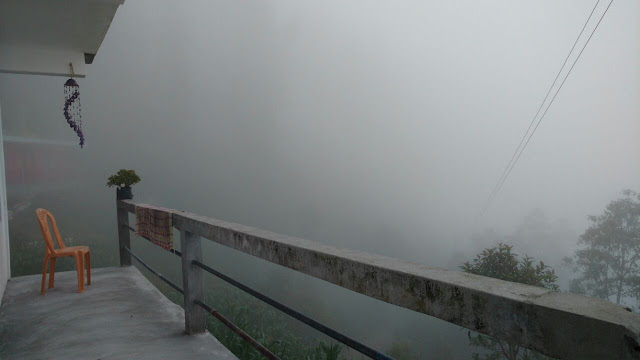 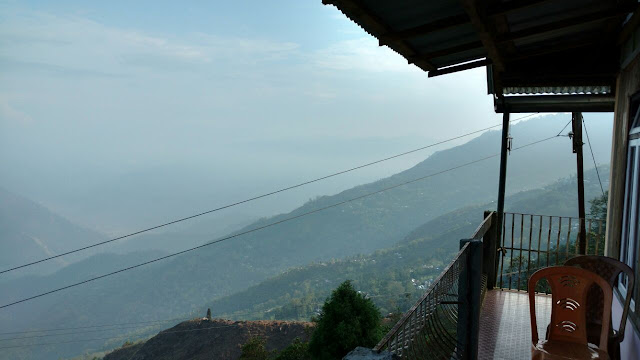 We being the only visitor that day Ramdhura felt like disconnected from rest of the world. It was like we were the only one talking in the entire hill. 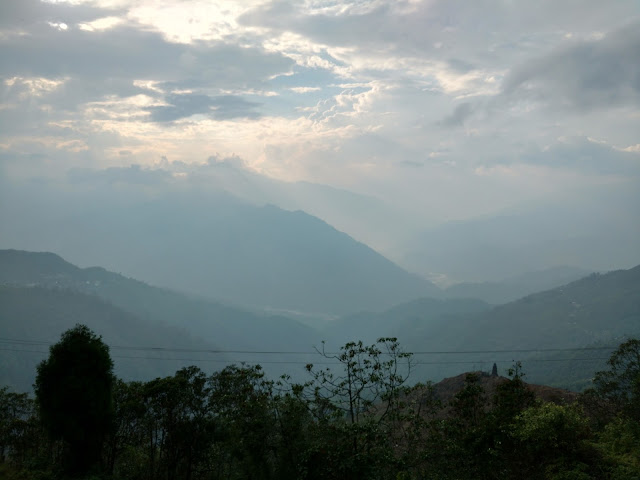 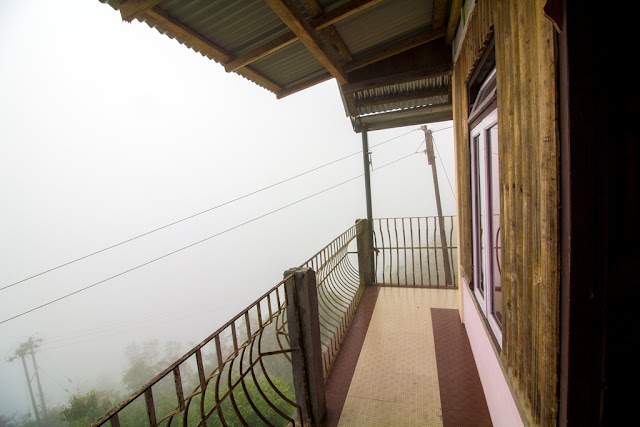 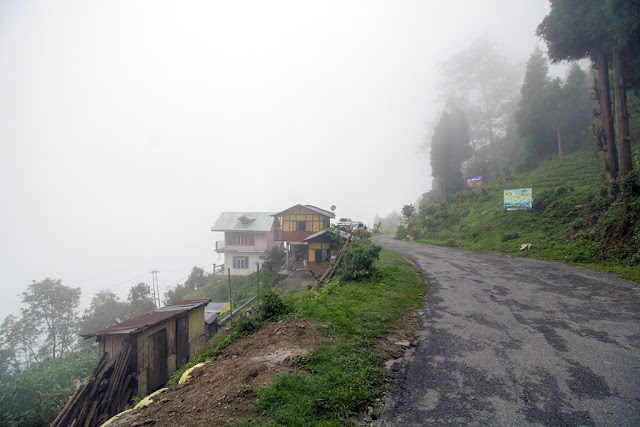 The fog in the pictures are not fogs but clouds. Mt Kanchenjunga can be seen from Ramdhura but due to clouds we missed that. The clouds has its own charm and I have always loved the cloudy feel in the hills. We took rest that day and most of the day was spend sitting in the balcony and looking the mountains in front.
In the evening we asked for some snacks and the lady made us wonderful chilli chicken.

Day 2- While one of my friend just wanted to spend the day doing nothing the other one wanted to explore other places.

We had a lovely wai wai break fast with some boiled eggs. We decided to go to few places which are close so that we can come back before lunch.

A taxi was already there which brought my friends from Siliguri yesterday. Tat taxi belonged the the brother of the house owner. We asked him to take us to Delo and any near by river.

Delo is the next hill top. Delo has a beautiful nature park knows as Delo Park, There is also few good resort at Delo. When we reached Delo the place was already crowded. I was wondering how only few kilometers can change everything. While Delo was totally crowded with lots of tourists Ramdhura had only us.

We didnt stay longer here and move towards a place called Bidyang. We have asked the driver to take us to a river and he took us to the bottom of the hill. I am sure very few people knows this place.

When we reached we saw a small stream. The way towards the stream was somewhat broken. Our taxi which was a xylo and the driver refused to cross the stream. H said we wouldnt be able to come back. So he parked his Xylo nearby and asked us to walk the rest of the path.

I wanted to take my EcoSport further. 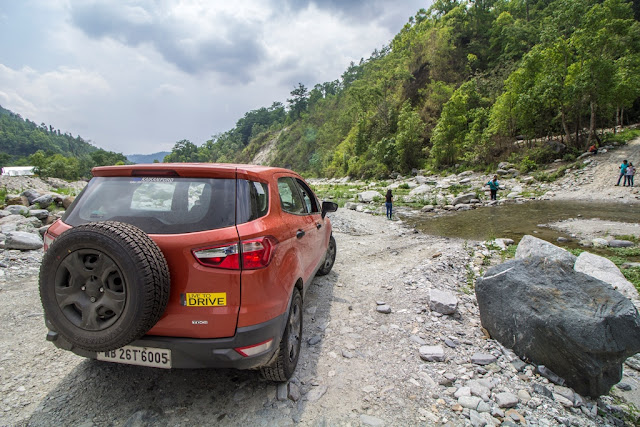 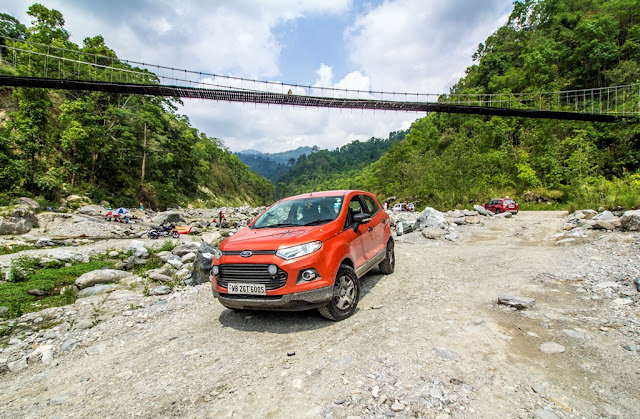 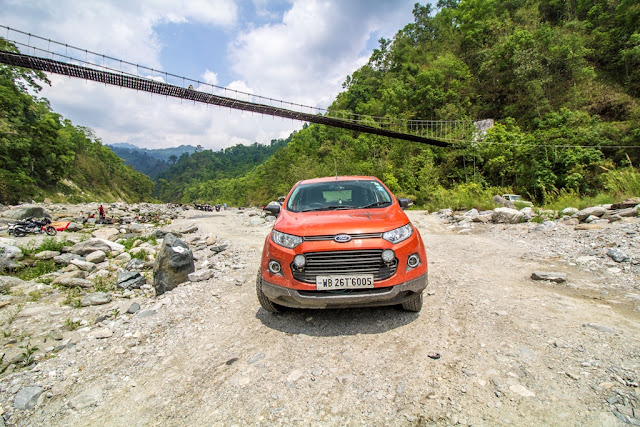 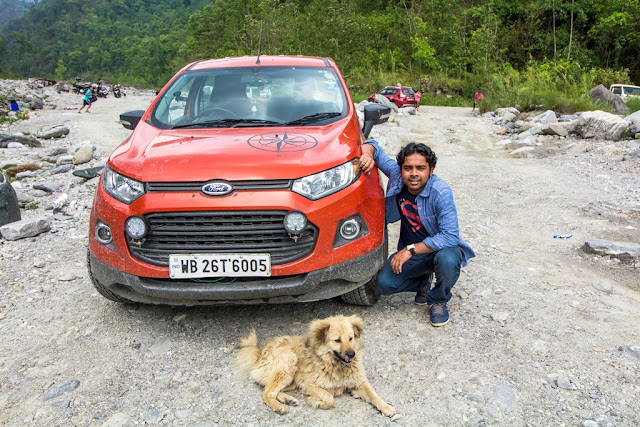 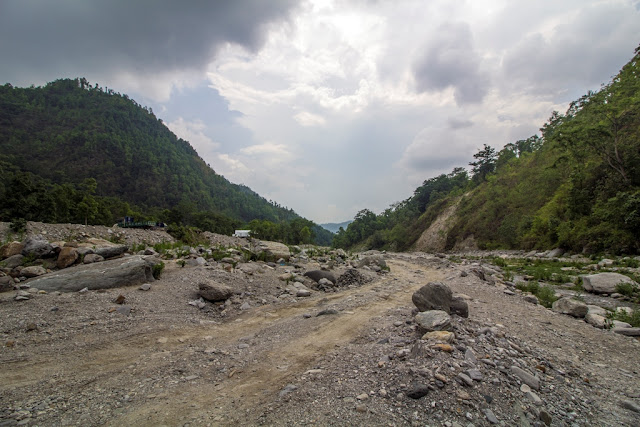 The reason why our Xylo didnt want to come down was -

This is how I tried, even I had to try thrice to climb the gravel -

The river/stream at Bidyang was a popular tourist sport for locals. Yet outsiders like us didnt know about the place. The locals were having picnic over there. Some people even converted the stream into a personal bath tub and sat over there for hours. My friends crossed the stream on foot, many other people were crossing that stream. After spending almost an hour it was time to go back. My stomach was also asking to return. 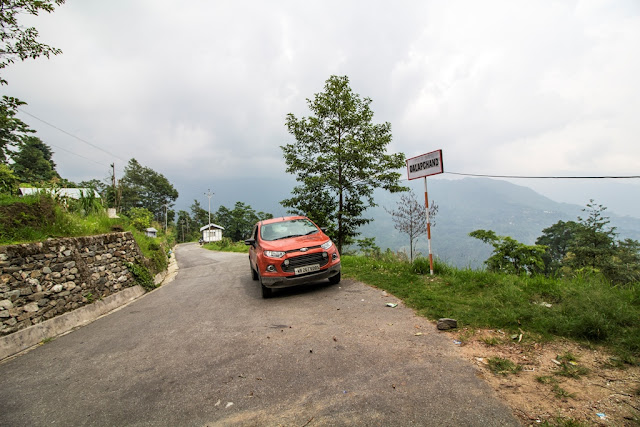 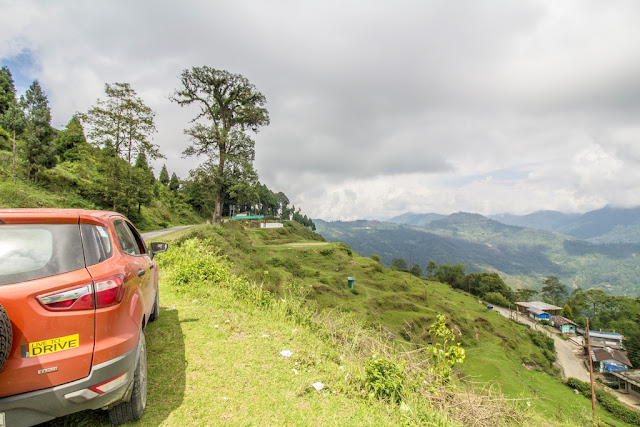 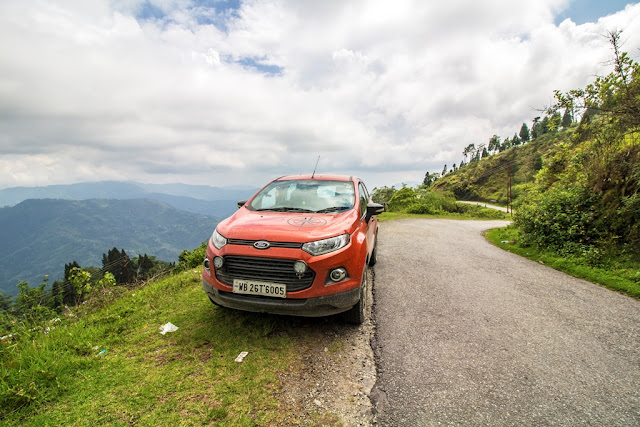 We had a stupendous meal once we came back. Mountains always make me more hungry than ever. There is something mysterious about the water in the mountains. You an eat as much as you want but you will never feel odd.

In the evening we walked around. Ramdhura is just beside a army camp and photography was not allowed there so I dont have many photos of the surrounding place. 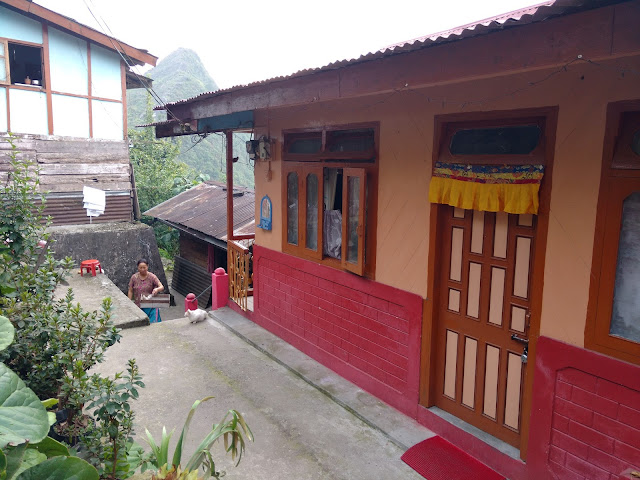 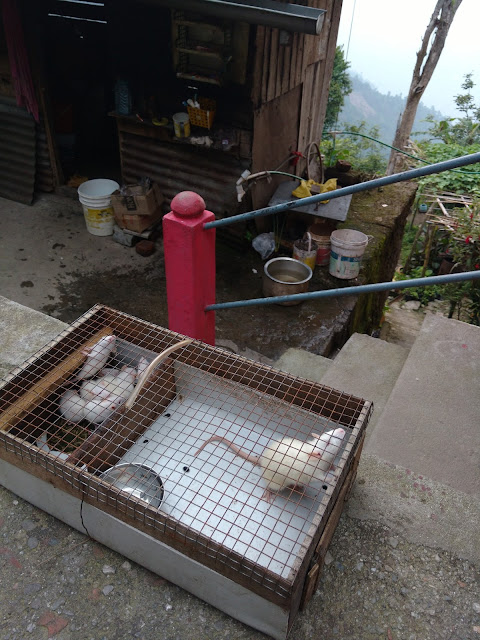 The trip to Ramdhura was almost over. Ramdhura is a perfect holiday gateway. It is serene, beautiful, crowdless and more important the homestay was friendly. The young owner made brilliant food as well. You wont find Ramdhura in the map as it is relatively new place for tourists. There are very few homestays here and that is the best part of Ramdhura.