Day 3- We woke up early as we had to head towards Darjeeling. Darjeeling was just opposite to Ramdhura. While Ramdhura was quite and didnt have proper mobile network Darjeeling was crowded and busy and modern. The plan for Darjeeling was made for shopping and food.

On 6th June Monday morning we bid adieu to Ramdhura and started for Darjeeling. 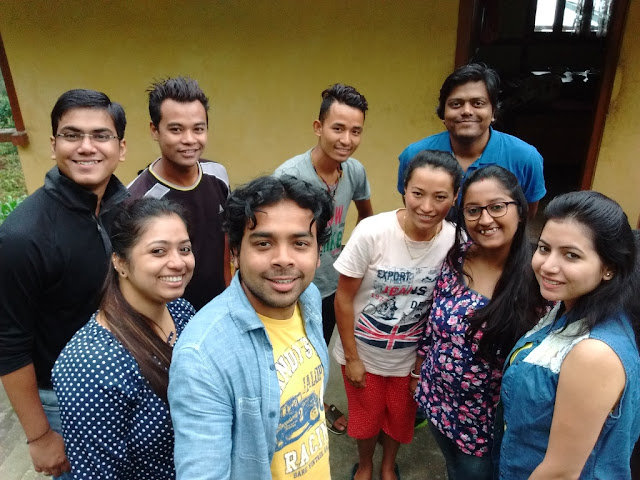 We took this route -

There are beautiful tea gardens on this way to Darjeeling. 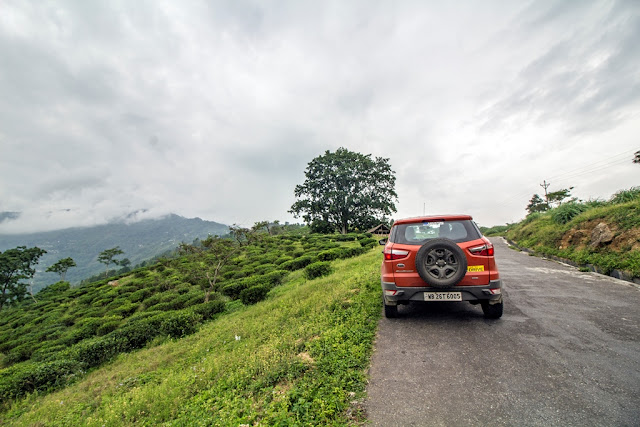 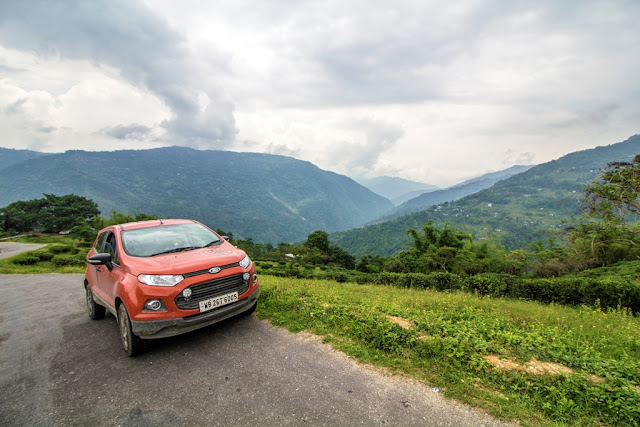 The road towards Darjeeling is quite steep.After entering Ghoom we started facing traffic jams. Yes there are traffic jams even in the hills.

The road from Darjeeling to Ghoom has toy train lines and the toy train is now in operation, hence the traffic jam. The train line crosses the streets multiple time and whenever a train comes traffic guards stops all incoming vehicles to let the train pass. 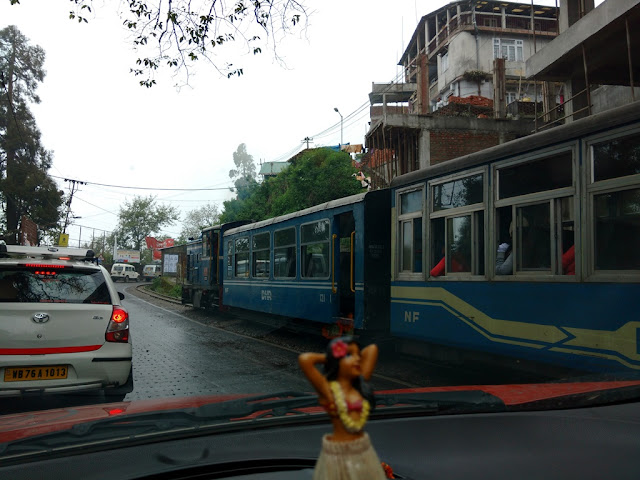 This was the first time I came to Darjeeling in my own car. I was aware of the traffic and also of the parking problem in Darjeeling. Our hotel was booked by a friend and I didnt even know if the hotel had parking or not. So I called up few bhpians who knew Darjeeling well and took information about parking areas.

After reaching Darjeeling my friends went straight to train station. They have booked a ride to Ghoom and I went to hotel. Fortunately our hotel has some space in front and I was allowed to park there. But I was warned that the taxi union might want me to move the car whenever they want. That little space was a taxi stand. Hotel Marvel International was ok type and only 5 minutes walk from mall. 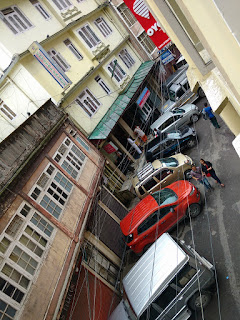 In the evening we went to Mall road. This was not the peak season but the crowd was more than what I expected. Mall has changed too from the last time I have come here 2 years back. There is a giant screen now which plays music videos and sometime an advertisement of an royal enfield group. Because monsoon was near there were clouds all over and you can really feel the clouds moving. The clouds also brought rain eventually. A heavy rain which made the entire mall empty. People started running and trying to hide wherever they could. We went into a curio shop.

At around 8pm when the rain stopped we went to Glenary's. At first we were told there was no seat available today. But when we said them that we wont eat anywhere else if we dont get a seat in Glenary's the manager asked us to wait. 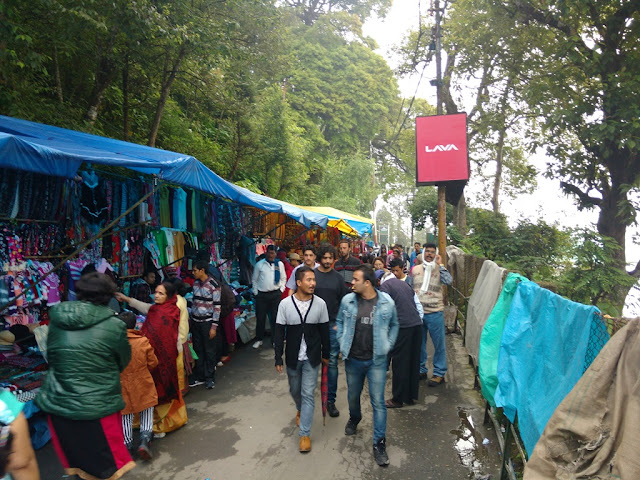 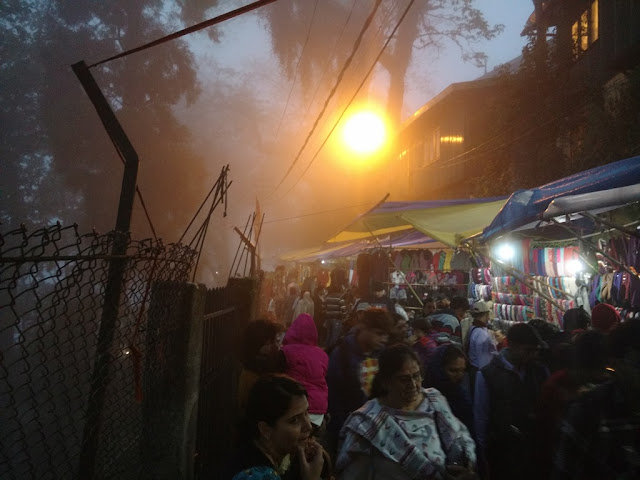 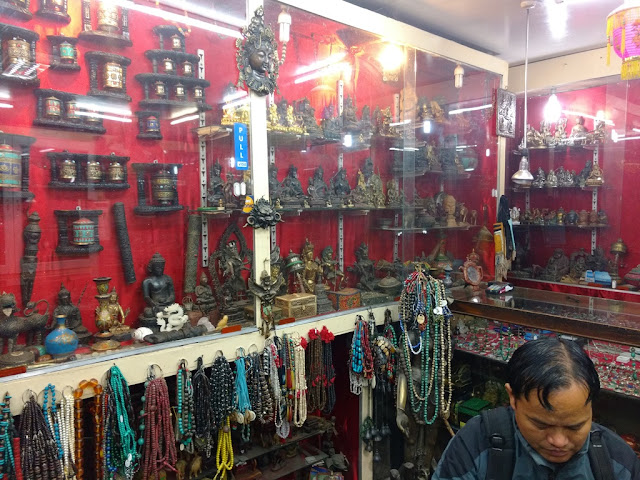 Finally after waiting for almost one hour we got seats. Many of my friends was having food here for the first time and they were really excited about Glenary's. 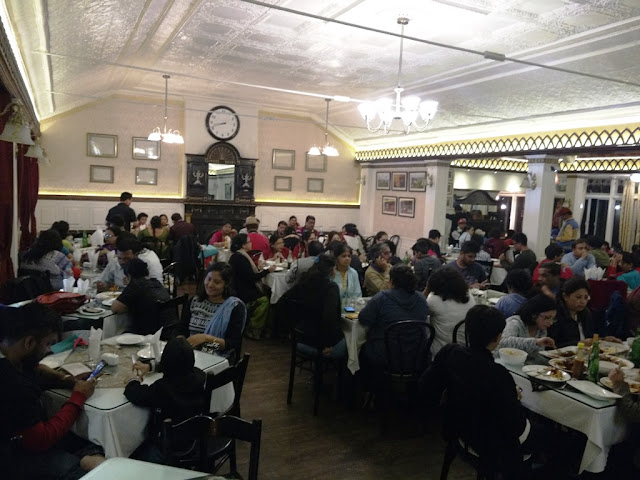 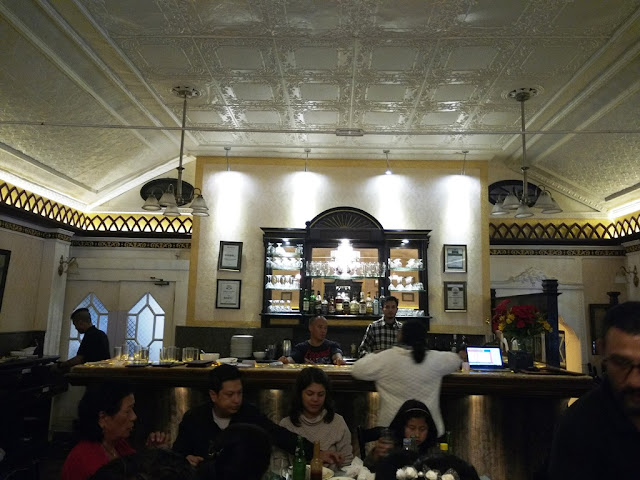 We ordered few chicken steaks and grilled chicken. I found the food to be overhyped but nonetheless it was the best you can have in Darjeeling.

Day 4- How can one miss the awesome breakfast of Keventers in Darjeeling. We woke up early for the breakfast otherwise no one was in hurry. My friends had their train at 4pm from Siliguri and I could start anytime I want. But Keventers becomes really busy and its difficult to get a seat without waiting if you are not early. Hence the hurry.

We were so early that Keventers didnt open. Keventers run from 9am. Once Keventers opened we were the first we go in that day. This is what we ordered - 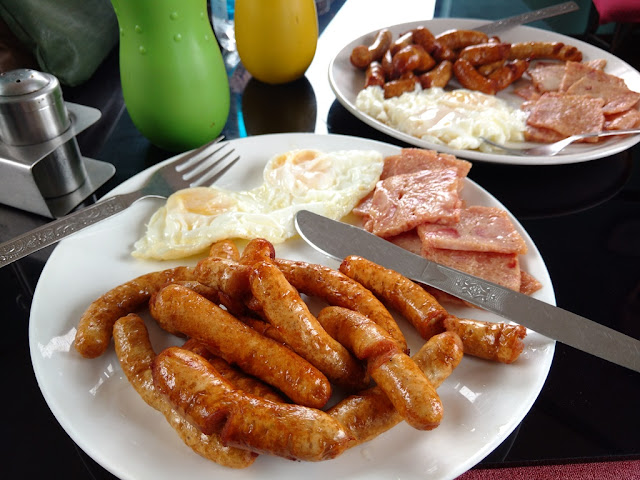 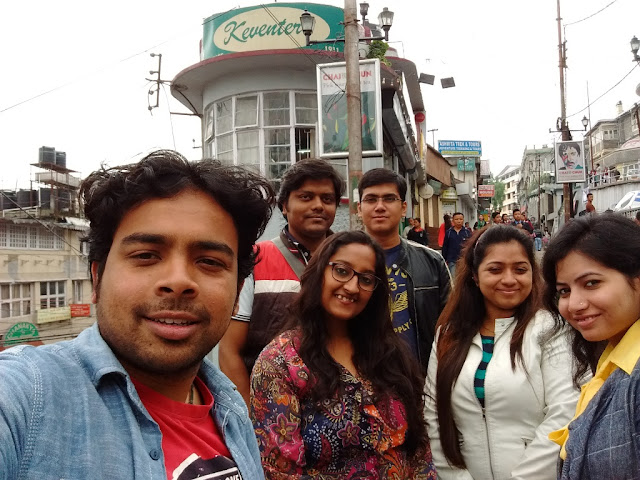 After having breakfast it was time to go back home. If I start from 10am I would reach at 10pm. With heavy heart I bed adieu to my friends and Darjeeling and started the return journey. I am sure no one wants to go back home when you are in Darjeeling and there is 500 km in front to drive back. But alas- if we dont go we would never come back.

Some shots while returning- 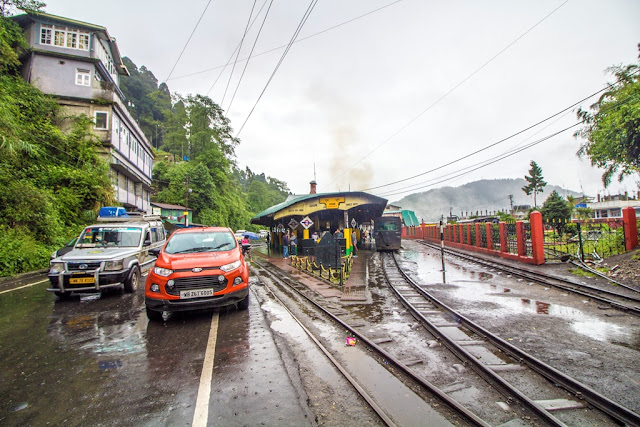 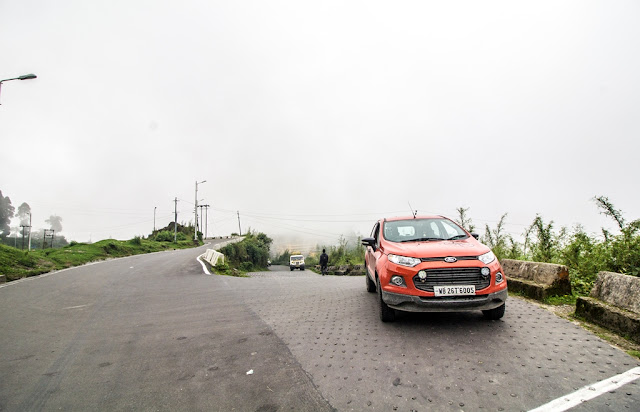 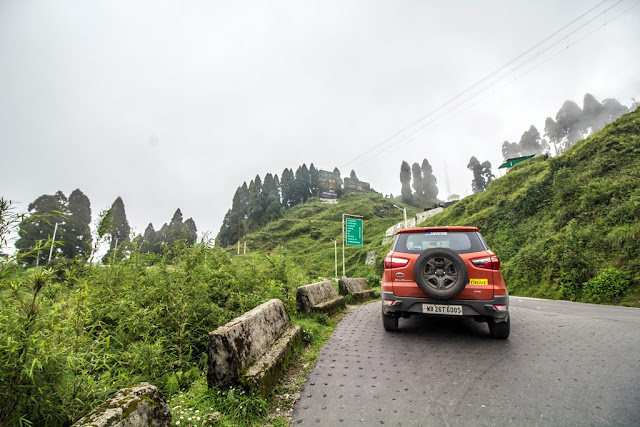 Ghoom is always covered with clouds and it is both fun and risky to drive. 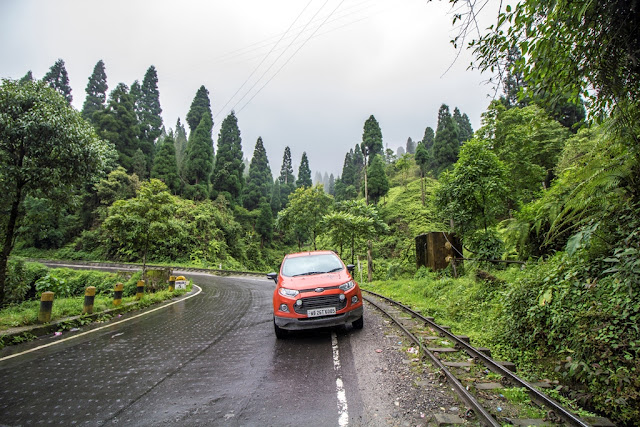 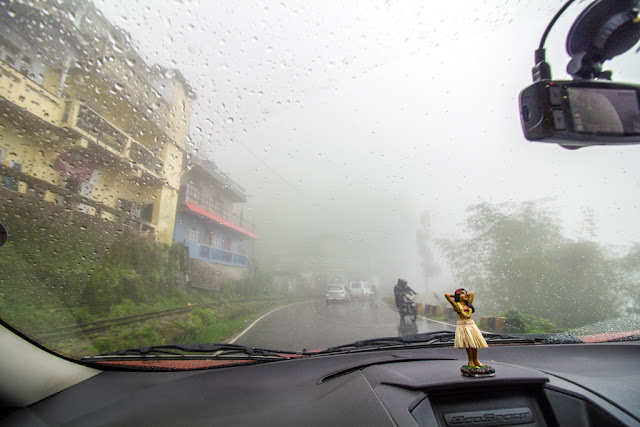 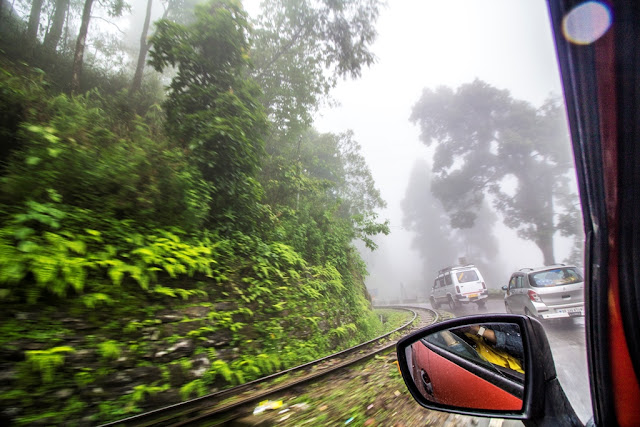 Finally we reached Rohini road. Rohini roads always tells me your trip is over and you will be in the plains within a moment. 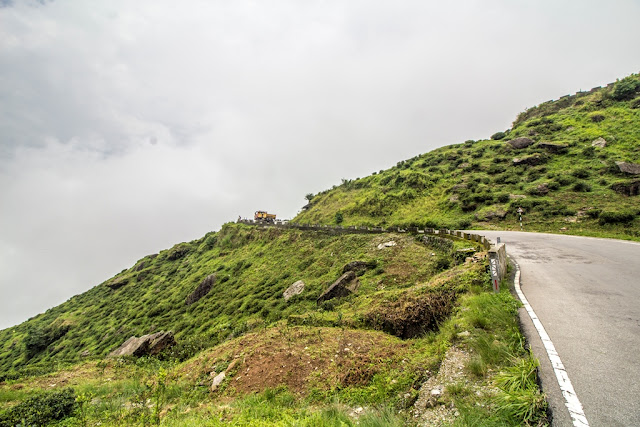 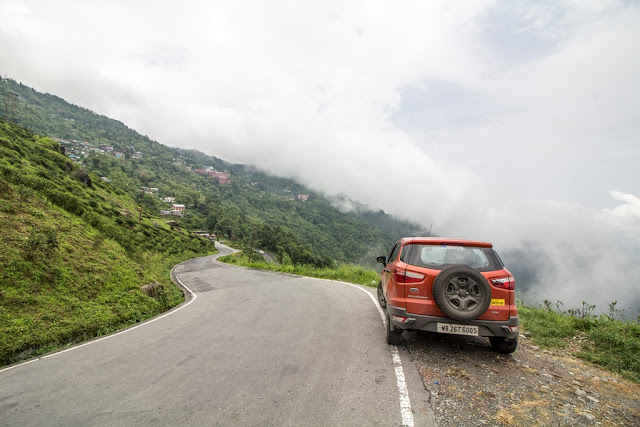 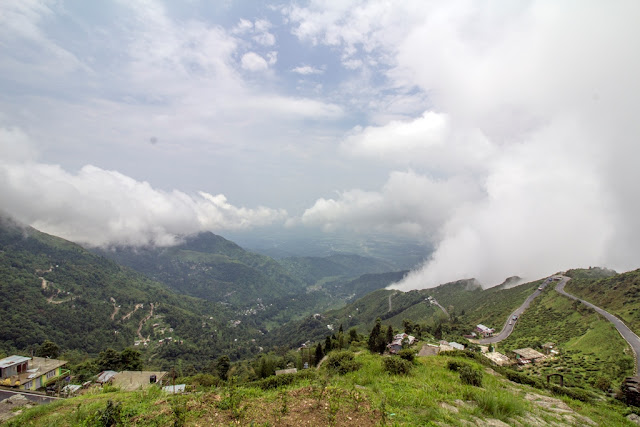 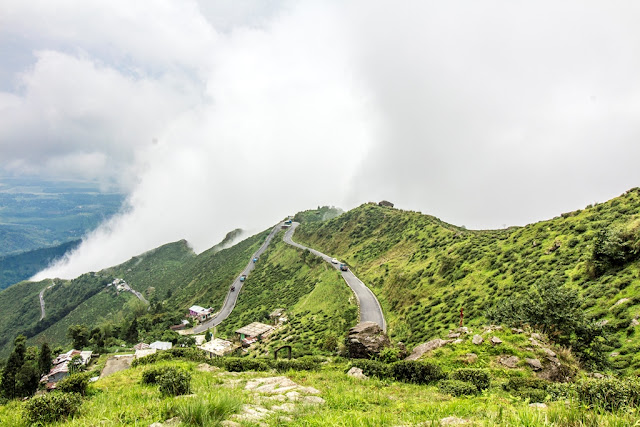 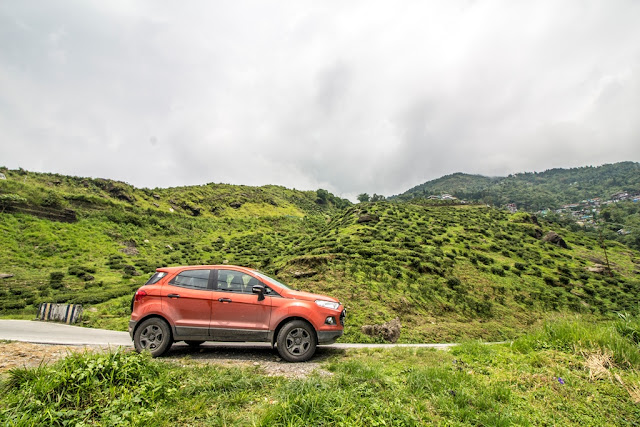 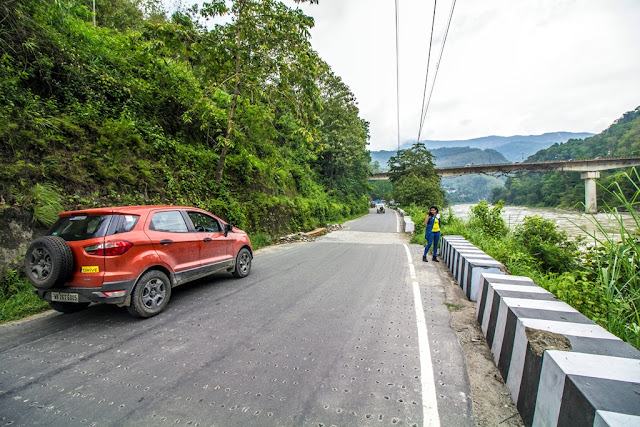 The famous traffic jam of Farakka started from Kalichak. Thousands of trucks stood on the road and they moved only few meters for an hour. I guess I was lucky both the time while going up and coming back as I didnt face any traffic jams. 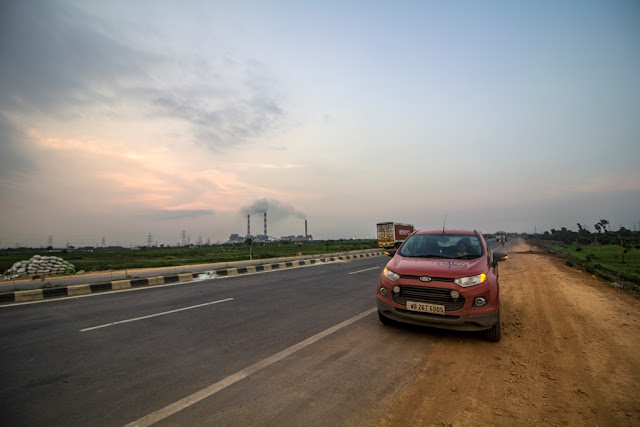 There is nothing much to write about the return journey. Only that we stopped at Baharampur and bought a delicious Egg Tadka. We reached home at 12 am.